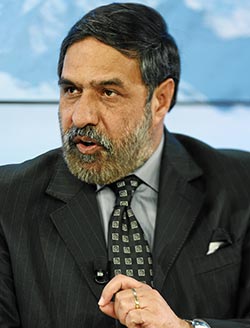 INDIAN Commerce Minister Anand Sharma Tuesday urged his visiting Zimbabwean counterpart for a speedy closure of the iron ore deal involving the Essar Group and the Zimbabwe government.
“Early satisfactory resolution of the pending issues would encourage other investors, especially from India, to invest in mining and other sectors in Zimbabwe,” Sharma told Industry minister Mike Bimha at a meeting on the side-lines of the Partnership Summit 2014 in Bangalore.
Multinational Essar and Zimbabwe’s government continue to negotiate Essar’s $750 million purchase of the debt-ridden Zimbabwe Iron and Steel Company (ZISCO).
As the parties have engaged in lengthy negotiations over ZISCO’s vast iron ore reserves, Essar has reportedly already paid nearly $20 million in salaries as interim assistance to workers.
Sharma will visit Zimbabwe in first week of February, the statement added.
India, in September 2012, approved a Line of Credit (LOC) worth $28.6 million for upgrade of the Deka pumping station and the river water intake system in Zimbabwe.
India’s commerce minister also said that both sides will finalise the long-term agreement on supply of rough diamonds and the setting up of a diamond cutting and polishing institute in Botswana, neighbouring Zimbabwe.Advertisement