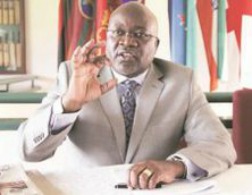 INDIA’s tour of Zimbabwe, which was set for July, could be moved to 2016 due to a television rights dispute.
International broadcaster, Ten Sport owns rights to Zimbabwe Cricket matches but they are at loggerheads with the Board of Control for Cricket in India (BCCI).
ZC chairman Wilson Manase and the chief executive officer Wilfred Mukondiwa, will now meet their BCCI counterparts on the sidelines of the 2015 International Cricket Council annual conference, which is in Bridgetown, Barbados, from the 22nd to the 26th of this month.
India is scheduled to tour Zimbabwe from the 7th of next month, for three One-Day International and two Twenty20 International matches.
“If the matters take too long to resolve, ZC and the BCCI might mutually agree to push the tour to next year,” said Manase.
On reports that the BCCI is finding it difficult to get visas on arrival for its players, the chairman said this cannot be the case because ZC has not even approached local immigration officials yet about the tour, as the two boards are still working on the tour memorandum of understanding.
“Cricket is a national sport and ZC enjoys a cordial relationship with all relevant government offices so the acquisition of visas is not an issue,” said Manase, adding: “The substantive issues are what we will discuss in Barbados.”
Advertisement