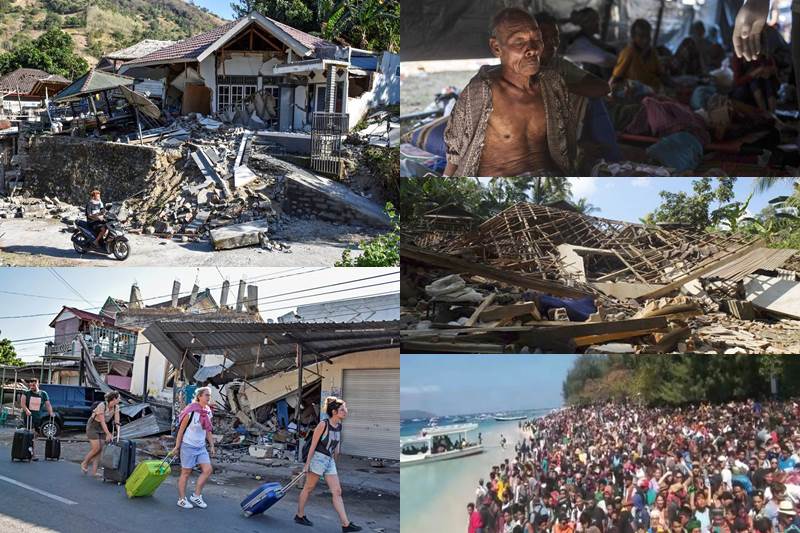 At least 30 people have been killed after a strong tsunami triggered by a magnitude 7.5 earthquake hit a coastal Indonesian city on Friday.

Waves of up to 2m (6.6ft) high swept through Palu on Sulawesi island.

Video on social media shows people screaming and fleeing in panic and a mosque amongst the buildings damaged.

Last month, a series of deadly earthquakes struck the Indonesian island of Lombok, with the biggest, on 5 August, killing more than 460.

Rescue operations have started but a minister said on Friday that communications had been disrupted and that the runway in Palu was damaged.

A photographer for the AFP news agency at the scene said that scores of people had been killed. It is not clear whether the deaths came in the quake or the resulting tsunami.

A tsunami warning was issued, but lifted within the hour.

Dramatic video of the tsunami hitting Palu shows the high waves sweeping away several buildings and then the large tilted mosque in the town, about 80km from the quake’s epicentre.

“The situation is chaotic, people are running on the streets and buildings collapsed. There is a ship washed ashore,” Dwikorita Karnawati, head of Indonesia’s meteorology and geophysics agency.

A 2004 tsunami triggered by an earthquake off the Indonesian island of Sumatra killed 226,000 across the Indian Ocean, including more than 120,000 in Indonesia.

Indonesia is prone to earthquakes because it lies on the Ring of Fire – the line of frequent quakes and volcanic eruptions that circles virtually the entire Pacific rim.

More than half of the world’s active volcanoes above sea level are part of the ring.