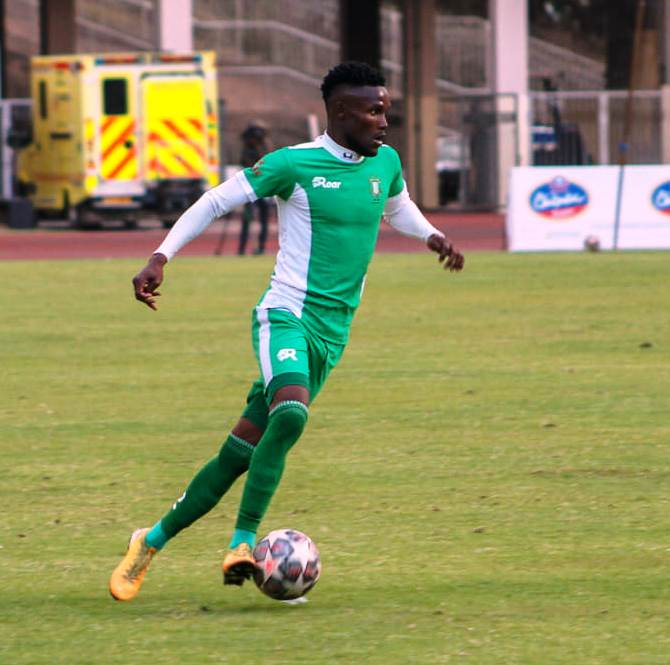 The 28-year-old striker has been a revelation at GladAfrica Championship side JDR Stars after scoring five goals in six matches.

Wadi’s goals have been a major driving force for the promotion-chasing Pretoria-based club which is in fourth position on the standings just a point behind surprise leaders Hungry Lions.

The Zimbabwean striker joined JDR Stars at the beginning of the season on a two-year deal from CAPS United after impressing during a brief trial sting and has been quick in showcasing his abilities.

He scored his first against Tshakhuma Tsha Madzivhandila and added another one in the win against Pretoria Callies before slamming a brace in the 3-2 win over Polokwane City.

Last weekend he also scored in the 2-0 victory over TS Sporting for his fifth of the season.

All his goals have come in games that JDR have won, and this form led to him being included in the Warriors squad by the now sacked Croatian coach Zdravko Logarusic at the start of the World Cup qualifiers.

According to South African football magazine, KickOff, Johannesburg-based clubs are following the progress of the gifted forward.

Reports indicate that should Wadi continue with his goal-scoring prowess, he might make a move to the South African topflight league during the January transfer window period.

Wadi says he will not be distracted by the recent reports and his target is to continue scoring for his club.

“I’ve seen reports that there are clubs following my progress, but I’m not reading much into what is being written in the media as my focus is on delivering for JDR Stars and help the team win a Premiership ticket. I have to keep my feet on the ground, concentrate on playing for my team and should that interest come, we’ll take it from there,” said Wadi.

“I’m grateful to JDR Stars for believing in me and my prayer is that I continue with this form, help the team and even catch the attention of national team coaches because I want to be included in the national team,” he said.

The speedy winger is among three Zimbabweans at JDR Stars. One of them is Aces Youth Soccer Academy product Tapiwa Mandinyenya, who joined the club at the beginning of the season, and midfielder Temptation Chiwunga.

He remains one of the top scorers in the ongoing Chibuku Cup where he had scored four goals in six matches before leaving while the competition was on hold.