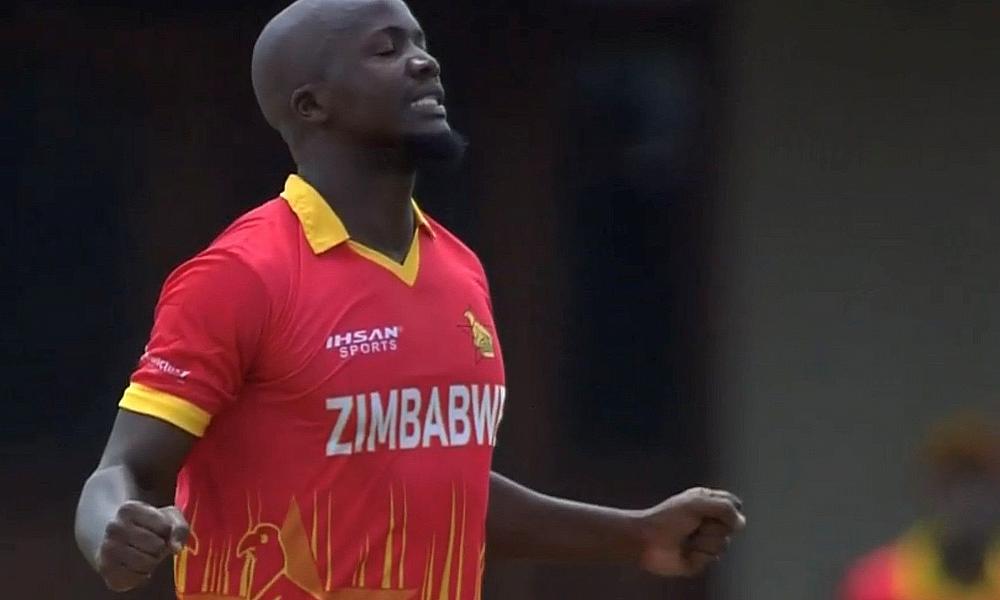 ALL-ROUNDER Luke Jongwe has been rewarded for his good form during the three-match Twenty20 International (T20I) series against Pakistan and has been included in the Test squad ahead of the two-match series which begins this Wednesday.

The series is at Harare Sports Club.

Jongwe was one of the star performers for the Chevrons during the T20I series which they narrowly lost 2-1 after putting on a courageous display on the shortest version of the game.

The former Prince Edward School pupil will have an opportunity to earn his first Test cap after being included in the 16-man squad.

Jongwe is one of the five uncapped players in the squad for the two-match Test series against Pakistan alongside Richard Ngarava, Roy Kaia, Milton Shumba, and Tanaka Chivanga.

Former Zimbabwe captain Brendan Taylor, who missed Zimbabwe’s last Test series against Afghanistan in the United Arab Emirates due to health issues, has made a comeback, while Craig Ervine misses out due to a calf injury.

Off-spinner Tendai Chisoro, who played his only Test match back in 2017, has also earned a recall.

Apart from Sikandar Raza who is out recuperating from a bone marrow infection, four other players who were in the Zimbabwe squad for last month’s Test series against Afghanistan have failed to make the cut.

The players from Zimbabwe’s Test squad against Afghanistan to miss the upcoming series include Sikandar Raza, who is recovering from a bone marrow infection, Ryan Burl, Wesley Madhevere, Richmond Mutumbami, and Brandon Mavuta.

In addition to Jongwe, their other replacements include left-arm quick Ngarava, the 29-year-old Kaia, who has been in top form in domestic cricket, Shumba, a 20-year-old left-arm spinner, who has played two T20Is and 27-year-old fast bowler Chivanga, who has never played internationally for Zimbabwe.

The first Test match between Zimbabwe and Pakistan is pencilled in for 29 April-3 May, while the second is set for 7-11 May, with play scheduled to start at 0930 hours local time.

Both games will be played behind closed doors at Harare Sports Club, with no spectators allowed in the stadium due to COVID-19 protocols.