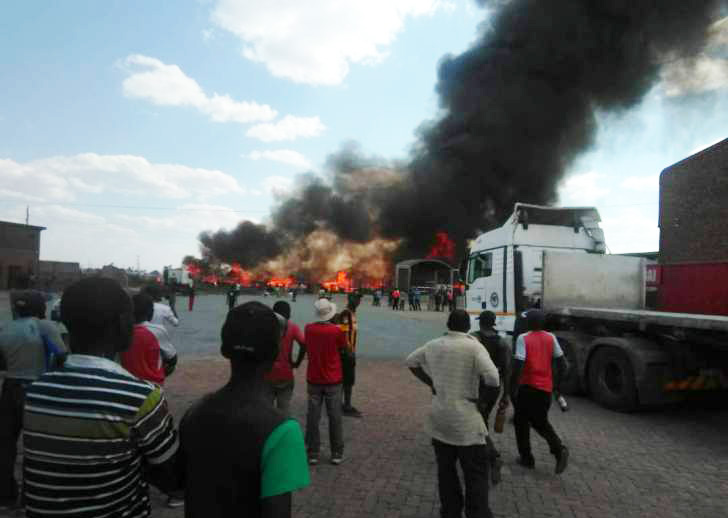 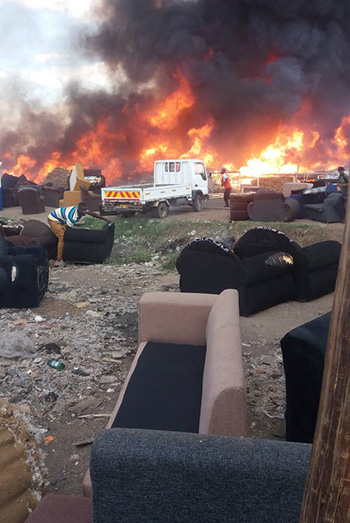 Two thirds of the complex was destroyed by the fire

INFORMAL traders were left counting their losses Monday afternoon after a home industry complex in Harare’s Glen View area was gutted by fire.

Property thought to be worth millions of dollars was reduced to ashes at the Glen View Area 8 Home Industry Complex along Willowvale Road.

The fire, which destroyed two thirds of the complex, reportedly started just after 2pm with the fire services arriving within 15 minutes and promptly battling to put out the inferno.

The traders joined in with buckets as they tried to save their property and salvage what they could.

He added; “The fire has razed about two thirds of the complex.

“We also prevented the fire from reaching other parts of the complex which were not affected. It was a recommendation that in the complex there be fire points and fire extinguishers, but they are yet to put some.

“It seems as if they are still working on some logistics to put some overhead tanks and some hydrants. I think after this scenario, they might take it seriously and implement the recommendations.”

Council spokesman Michael Chideme blamed what he called “space barons” operating at the complex for the fire.

“We need to draw lessons from this unfortunate incident where genuine traders have property worth thousands of dollars up in smoke because space barons have not allowed council access into the complex,” he said.

“These space barons have been collecting money from the operators. It is high time that individuals who have been benefiting from council land come in and assist in funding the rehabilitation of the complex and set up structures.”

The complex has suffered a number of similar incidents in the past with the most recent one having been in June this year.