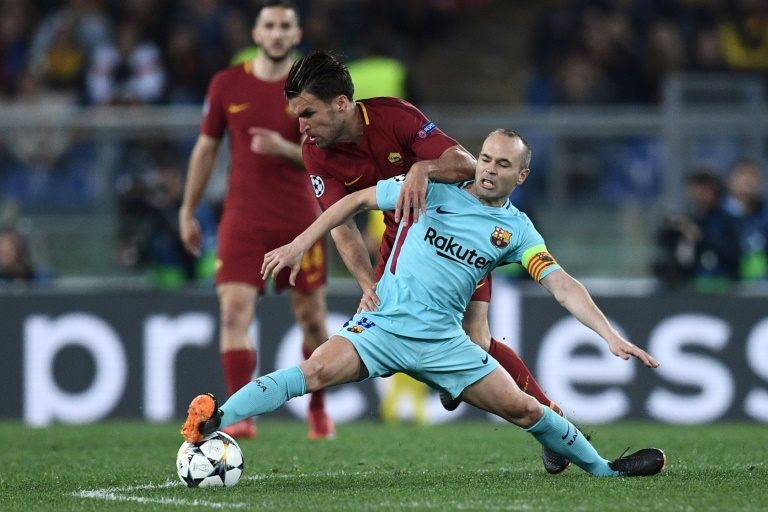 BARCELONA skipper Andres Iniesta admitted his crushing disappointment after the Catalans were sent packing from the Champions League by Roma in sensational fashion on Tuesday.

“It is very painful because nobody expected it with the lead we had,” Iniesta told Catalunya TV.

“When you do things badly, you commit lots of mistakes and we didn’t adapt to the game. It is a massive disappointment given the season we had been having.”

Barcelona went to Rome leading 4-1 after the first leg of their quarter-final tie, but a 3-0 loss at the Stadio Olimpico condemned the five-time European champions to a defeat on away goals.

It is their third consecutive exit from the competition in the last eight.

“We always try to give the maximum but we are knocked out and now feel everyone’s pain. We had high hopes this season and it has escaped us again,” added the 33-year-old, who also acknowledged that the game could have been his last in the competition for Barca amid uncertainty about his future beyond this season.

Barcelona fell behind to an Edin Dzeko goal inside six minutes with Daniele De Rossi netting a 58th-minute penalty before Kostas Manolas headed in the crucial goal eight minutes from the end.

The defeat came with Barca currently on course to win La Liga and with a Copa del Rey final against Sevilla approaching later this month.

They are unbeaten in La Liga and had only previously lost once all season, to Espanyol in the Copa del Rey.

“I would be lying if I told you we can take something positive from this,” midfielder Sergio Busquets told beIN SPORTS.

“It is a very sad way to fall after the result we had. They were superior to us in all aspects.”

“The dream for all of us was to reach the semis and I’m very sorry to all the Barcelona fans in the world,” he told Catalunya TV.