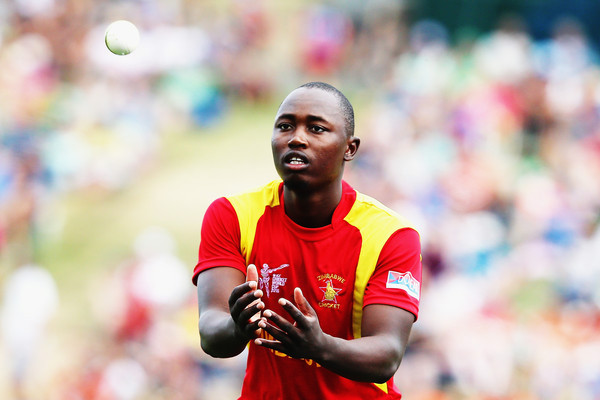 The same Zimbabwean side that competed in the ICC Men’s T20 World Cup Qualifier will play Bangladesh in a three-match T20I series beginning this coming Saturday in Harare. However, fast bowlers Tendai Chatara and Blessing Muzarabani will not be participating due to injuries.

In their absence, the team has brought in Victor Nyauchi to bolster the pace attack alternatives they have available.
During the qualifying tournament that Zimbabwe won earlier this month to secure their spot at the ICC Men’s T20 World Cup 2022, which will be held in Australia beginning in October, Chatara suffered a fracture to his collarbone, and Muzarabani tore a muscle in his thigh. The tournament was held in Bulawayo earlier this month.
The all-rounder Tony Munyonga and the fast bowler Tanaka Chivanga, who filled in for them during that eight-team competition, have also been kept on for the side that will compete against Bangladesh.
The first match of the T20 series will be played at Harare Sports Club ground on July 30. The remaining two matches of the series will be played on July 31 and August 2, at the same venue. All the three matches will start at 1 PM local time i.e. 5 PM Bangladesh time.
Zimbabwe T20I squad versus Bangladesh:
Ryan Burl, Regis Chakabva, Tanaka Chivanga, Craig Ervine (c), Luke Jongwe, Innocent Kaia, Wesley Madhevere, Tadiwanashe Marumani, Wellington Masakadza, Tony Munyonga, Richard Ngarava, Victor Nyauchi, Sikandar Raza , Milton Shumba , Sean Williams.