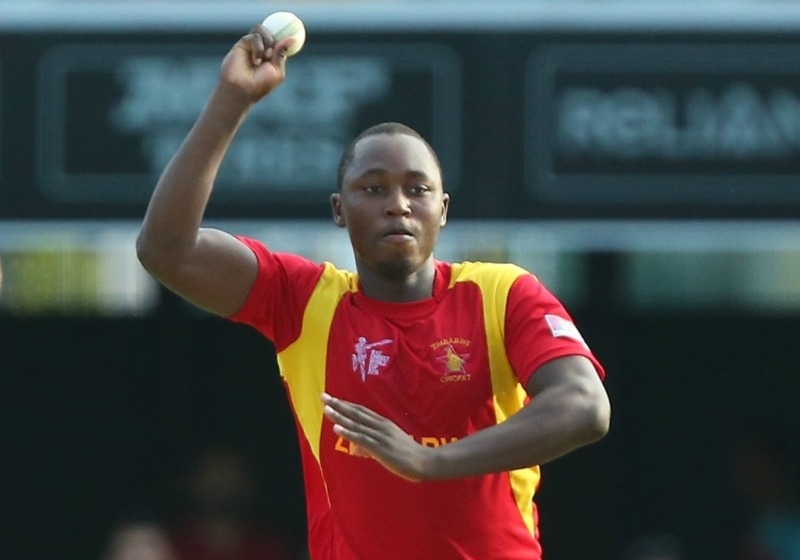 ZIMBABWE has been dealt a huge blow ahead of the two-match Test series against Sri Lanka which gets underway at Harare Sports Club Sunday after fast bowler Tendai Chatara was ruled out for the rest of the series with a bicep injury.

The 28-year-old picked up the injury while in action for his side Mountaineers in a Logan Cup match recently but Zimbabwe Cricket selectors had included him in the provisional squad, hoping he would recover in time for the crucial season opening series against the Islanders.

Chatara, who has played nine Tests for Zimbabwe, picking up 24 wickets since making his Test debut against West Indies in 2013, was however omitted from the final 15-man squad announced on Wednesday.

His omission means Kyle Jarvis is the most experienced pacer in the Zimbabwe squad with inform Mountaineers seamer Donald Tiripano also boasting some experience at the highest level.

Chatara’s absence also presents an opportunity for the uncapped pace duo of Victor Nyauchi and Charlton Tshuma, both of whom are yet to make their international debuts.

Opening batsmen Kevin Kasuza and Brian Mudzinganyama and left-arm spinner Ainsley Ndlovu are the other three uncapped players in the 15-member squad.

Promising fast bowler Carl Mumba has also earned a recall in the national team after a lengthy absence due to injury problems.

The selectors have also rewarded Prince Masvaure, Timycen Maruma and Donald Tiripano for their top form in the premier domestic first-class competition, the Logan Cup.

The most notable exclusion from the side is that of wicketkeeper batsman PJ Moor batting allrounder Ryan Burl despite their solid performances for the national team last year.

The Sean Williams led side also features the experienced men Brendan Taylor, Craig Ervine, Sikandar Raza, Kyle Jarvis and Regis Chakabva, as they return to the format after more than a year after a 1-1 drawn series against Bangladesh in October-November 2018.

Zimbabwe have never won a Test against Sri Lanka, ever since the two teams first met in 1994/95 but the Chevrons will be hopeful of causing an upset against the Indian Ocean Islanders on home soil.

Both the Tests will be played in Harare, with the first game beginning on Sunday, 19 January.
Zimbabwe’s Squad: