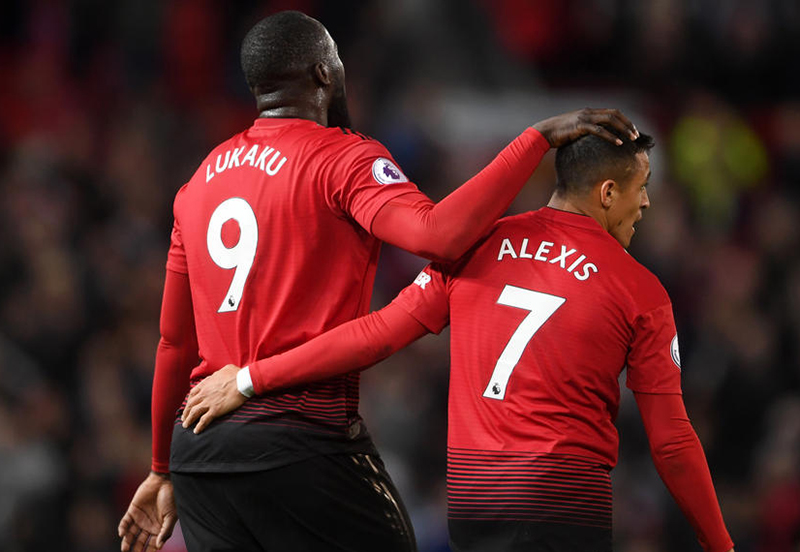 Alexis Sanchez and Romelu Lukaku must both take their opportunity to impress as an injury crisis cuts through Manchester United’s squad, Ole Gunnar Solskjaer says.

Both players have struggled for form for much of the season, with Sanchez having started just one Premier League match in 2019, and Lukaku having gone 10 matches without scoring.

The two forwards were heralded as major signings when they arrived at Old Trafford, but neither would now be considered an automatic starter.

However, United’s squad is stretched to the limit as they prepare for Wednesday’s Premier League trip to Crystal Palace, with 10 players either unavailable or doubtful because of injury.

Lingard and Mata both had to be substituted during the first half of Sunday’s 0-0 draw at home to Liverpool, while Rashford played to the finish despite an ankle injury caused by Jordan Henderson’s challenge early on.

France forward Martial missed the game with a groin problem.

Caretaker-manager Solskjaer, though, is confident Sanchez and Lukaku have the quality to impress if given a sustained run in the team.

Sanchez did little to impress after replacing Lingard, but Lukaku did make an impact after being moved from a central position to a wide role in order to reduce the injured Rashford’s workload.

“It’s a chance for them to play to their potential. Reputation is one thing, but the potential is high,” said Solskjaer.

“The two are good mates and they link up well together, so this might be a chance for those two together to find some form and give us a selection headache for when everyone gets fit.

“It’s a different position for him, but Rashy’s injury meant we had to leave him standing up there and running in behind. He couldn’t do too much defending work.

“Rom’s attitude and workrate were fantastic.Hopefully Alexis and Rom can step up.”

Solskjaer confirmed Martial would not be risked against Palace, although he could return for Saturday’s Premier League home match against Southampton

Club captain Antonio Valencia, meanwhile, is several weeks away from a return after aggravating a calf injury.

United also have Matteo Darmian, Phil Jones, Nemanja Matic and Ander Herrera on the sidelines so Solskjaer has called up academy graduates Angel Gomes, Tahith Chong and James Garner for the Palace trip.

“They’ve been part of our training for a long time now,” said Solskjaer.

“Angel has been in that successful England Under-17 side, the 2017 World Cup-winning team with Jadon Sancho, Phil Foden and Callum Hudson-Odoi.

“He’s been a big part and has definitely shown he’ll do well.

“Jimmy Garner is a Michael Carrick-type player, but 20 years younger. I’m sure he’ll do well.

“Chongy will be taking people on if he comes on.

“They’re ready, the kids, it’s hard if you’re a young defender coming on but as an attacker you go out there and express yourself.

“But if you’re an attacker you can win the game. You can’t lose it.”