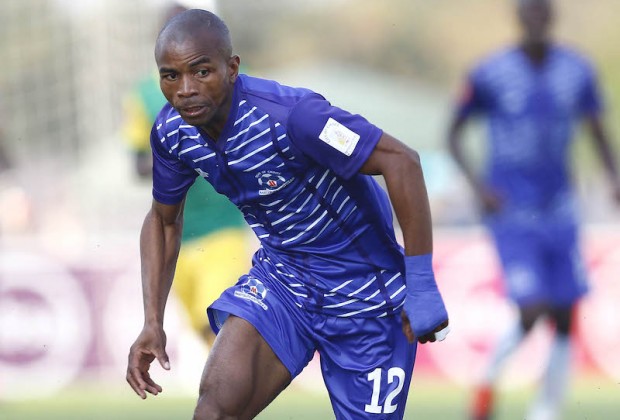 SOUTH African club Maritzburg United have revealed that Zimbabwean midfielder Gabriel Nyoni had his contract at the club terminated recently after struggling to make an impact due to injuries.

The 28-year-old former Highlanders and Caps United speedy forward joined Maritzburg United at the beginning of the 2019/2020 season with high expectations from Harare giants CAPS United.

After initially getting his career in South Africa off to a promising start after joining the club in July last year, Nyoni struggled with injury problems and subsequently lost his place in United’s starting line-up.

Nyoni made his last appearance for the club on March 6 when they beat Polokwane City 1-0 at Harry Gwala Stadium before the Absa Premier Soccer League was suspended due to the Covid-19 pandemic.

During the break, Nyoni and fellow-countryman Clive Augusto were reported to have been listed to be among the players set to be leaving Maritzburg United at the end of the season.

While Augusto has made some appearances from the substitutes’ bench, Nyoni is yet to feature in the Maritzburg squad since the restart.

The former CAPS United man did not join Eric Tinkler’s charges in the bio bubble for the resumption of the league.

And Maritzburg United boss Farook Kadodia finally ended the mystery surrounding Nyoni’s status after confirming the Zimbabwean’s departure from the KZN side.

“He is no longer with the club. He struggled a lot with the injury. He is a speedy player and he had niggling issues every time so he couldn’t give us that because of injury,” Kadodia told the South African newspaper The Citizen.

“The coach felt he is no longer part of his plans and we had to let him go. There were injuries that kept him out. We had expected a lot from him. You are as good as your last game in football but overall we have nothing against the player and we wish him well for the future.”

The confirmation by the South African club comes after Nyoni recently hinted that he is no longer at the club. He made a post on Twitter advising players not to entirely depend on football for their livelihood.

“As a Zimbabwe footballer whether playing in Zimbabwe or anywhere in the world, don’t be ashamed to do side hustles. Money from football will never sustain you for the rest of your life. Ego from false fame will never feed your family. Even if it means selling shoes or clothing; go ahead,” Nyoni said on Twitter last week.