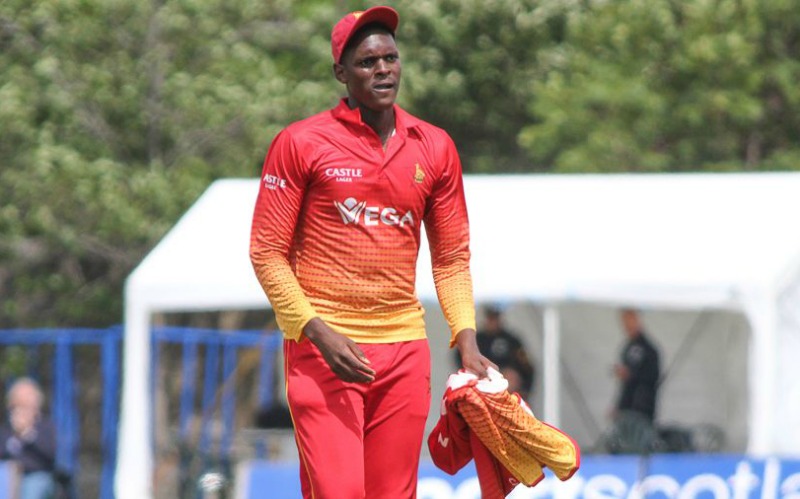 PROMISING Zimbabwe cricket team left-arm seamer Richard Ngarava will have to wait a bit longer before making his Test debut after being been ruled out of the national team’s upcoming two-match Test series against Bangladesh which begins next Saturday.

The 20-year-old was in line to make his bow in the longer version of the game but his hopes were dashed after sustaining a groin injury during the third One-Day International (ODI) against the hosts in Chittagong on Friday.

Ngarava will be replaced in the Test squad by veteran pacer Christopher Mpofu.

“Ngarava sustained a groin injury and also complained of pain in the gluteal region after our last ODI,” Zimbabwe national team physiotherapist Anesu Mupotaringa said in a statement.

“Even with aggressive treatment, he will not recover in time for the Test series.”

Zimbabwe, who will be looking to bounce back after being whitewashed 3-0 in the ODI series will take on Bangladesh in the first Tests from November 3 to 7 in Sylhet, while the second five-day match will be played in Dhaka from November 11 to 15.

Commenting on Ngarava’s injury setback Zimbabwe Cricket (ZC)’s convener of selectors, Walter Chawaguta said: “Ngarava is part of our plan to deliberately inject youth into the team and he has worked hard on this tour, on the sidelines, readying himself for an opportunity to play.”

He added: “We had plans to possibly rotate our seamers and rest those who have played all matches since the tour of South Africa and this would have presented an opportunity for Ngarava.”

Chawaguta backed veteran Mpofu to bring a new dimension to Zimbabwe’s bowling department due to his experience.

The 32-year-old seamer has played 15 Test matches since making his debut against Bangladesh in Chittagong in January 2005.

“Mpofu was with the team in the build-up to South Africa and, having toured Bangladesh before, he would know how to quickly adjust to conditions here,” Chawaguta said.

“He is very experienced and would give us an opportunity to continue with our set plan of rotating our pace bowling department.”

As part of their preparations for the Test series, the Zimbabweans will take on Bangladesh A in a three-day practice match starting this Monday at Chittagong’s Zahur Ahmed Chowdhury Stadium.