Citing extreme poverty and the deplorable conditions and lack of proper diet in prisons, Biti effectively pleaded with Ncube last Friday to come up with some mitigatory measures.

Speaking during debate on the Finance Bill debate in the National Assembly, legislators also reminded Ncube that he had promised to increase the tax-free threshold to $1.2 million per year and, eventually, to $1.5 million.

That was during his July mid-term supplementary budget but when he presented the 2023 fiscal plans for the government in November, Ncube only increased the tax free threshold to $900,000.

Meanwhile, in heated exchanges over the Finance Bill, Biti described conditions in the country’s prisons as pathetic. 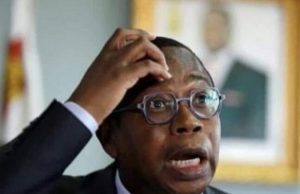 “Minister of Finance, we are making a strong appeal that you may re-visit the prisoners’ conditions issue. It is pathetic, deplorable and sad. You can at least take $2 billion from your side pocket and add it to prisoners’ needs,” said the opposition CCC legislator.

“We know you are a listening (minister), so please may you re-visit this area.”

Biti also questioned the treasury boss on why prison guards were not earning salaries equivalent to their security counterparts.

The MP warned that the low salaries were causing corruption among the prison guards.

In response, Ncube proposed the income tax-free threshold to $1.1 million per year.

He also increased the justice ministry budget by half a billion ZW$. Initially, the ministry had been allocated $120.3 billion.

Other issues that were debated included the new mining royalties payment system but Ncube could not be drawn to propose any changes.

He promised to look at the issue at a later stage without being specific.

During his budget presentation for 2023, the minister directed that mining companies would not pay 50% of their royalties through physical submission of commodities instead of cash.

However, MPs criticised the new arrangement saying the move would attract corruption and cause the country huge losses.