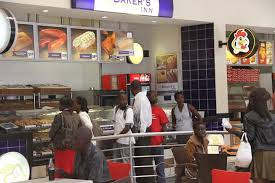 The company is being represented by Emmanuel Katsvamutima, a marketing manager of Bakers Inn which is responsible for Bakers Inn pies Masvingo region.

He denied the food outlet contravened cited sections of the Public Health Act when he appeared before a Masvingo magistrate Langton Ndokera Tuesday.

Katsvamutima was remanded out of custody to 21 July for trial.

Prosecutor Fidelis Nyamukondiwa told court that sometime in March this year, Patrick Timothy a health inspector with the Masvingo City Council received a complaint from the consuming public that a Bakers Inn branch in the city was selling unwholesome pies.

Court heard that working upon the complaint, Timothy went on to investigate the matter at Chicken Inn exor complex.

The court was told after completing his investigations, Timothy found 20 boxes of ready to bake pies stored in the cold room.

Court heard that upon examining the pies, it was discovered that all pies had no date of minimum durability in terms of the Health Act.

The pies were seized and taken to the government analyst laboratory, were results showed they were nolonger fit for human consumption.