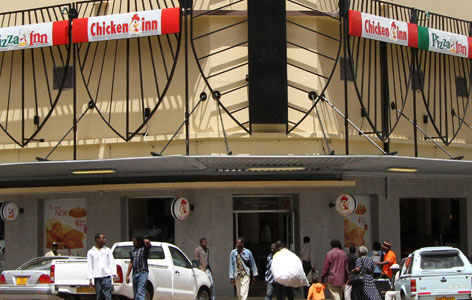 HARARE: Innscor Africa is in talks to acquire three local companies, expanding its portfolio across various sectors of the economy to minimise risk and will consider unbundling more of its units to unlock shareholder value, chief executive Antonio Fourie has said.
The group acquired automotive parts retailer Transerve in July and South African former Ellerine Holdings group chief executive Fourie — appointed Innscor head last year to spearhead the group’s restructuring drive — told The Source in an interview that the group was eyeing three companies in speciality retail and light manufacturing, but declined to disclose the names.
“We are looking at a few more acquisitions and we are currently in negotiations on three potential acquisitions. We are at a point where we are ready to go through the regulatory hoops and as soon as we are through with those hurdles we will be able to comment more on the acquisitions,” said Fourie.
Foreign ambition
After unbundling and separate listing of its quick service restaurants (QSR) unit as Simbisa  Brands, Innscor is strategising to expand into the foreign markets, Fourie said.
“We have to start again because we were achieving growth outside Zimbabwe through the QSR business. Now as we have unbundled the QSR, effectively 95 percent of our business is now in Zimbabwe so we are now coming out of the starting block,” he said.
Prior to its unbundling, Innscor’s fast food business had expanded rapidly on the African continent, having more counters in the region at 196 than the 171 it has in Zimbabwe. The now Simbisa group operates its own fast food outlets in Kenya, Zambia, Ghana and the Democratic Republic of Congo as well as franchised operations in Swaziland, Lesotho and Malawi. These regional operations added $52 million in revenue to Innscor in 2014  while the Zimbabwean fast food business, where it enjoys 82 percent market share, contributed $98 million.
The fast food business – which includes Simbisa’s own brands, Chicken Inn and Pizza Inn as well as Nandos and Steers franchises — contributed 14 percent to Innscor’s revenue.
“All the work we have done to date through the QSR to expand out of Zimbabwe is now undone with the listing of Simbisa,” said Fourie.
Primarily, the group is looking to expand its poultry market in Kenya and drive its  logistics and distribution arms, Distribution Group Africa and Vital Distribution Logistics into the region.Advertisement

Most of the group’s current foreign component is in Zambia and is “dabbling a little bit in Botswana and into Namibia,” according to Fourie. Innscor also owns the Spar franchise in Zambia.
The unbundling of Simbisa followed that of Padenga in 2010 and Fourie said opportunities were there for more units to be diverged from the group.
“We are still busy working on what the best configuration and portfolio  of investments for Innscor Africa Limited is and we think there is another opportunity for unbundling but  it’s a little bit  too early to be definitive,” he said.
Lofty targets
Fourie, who told The Source soon after his appointment last year that his objective was to achieve a 30 percent return on equity (ROE) and 60 percent of free cash generation earnings before interest, taxes, depreciation, and amortization (EBITDA), said the deteriorating economic fundamentals made it difficult to achieve the target.
“We need to manage our returns and get them up, but in this economy there is debate on whether the 30 percent is the right target because nobody is getting 30 percent. The risk free rate of return here is eight percent and at 30 percent you are talking pre-tax,” he explained.
” After tax we are still looking north of 20 percent. We are not achieving that as we are around 18 percent but that is a function of the returns being lower than we would like them to be because our cost base is excessive and in this economy  revenue growth is difficult to come by. But we also need to check our balance sheet because our gearing is very low at 10 percent.
“We are looking at our balance sheet to see how we can better optimise the  capital structure of the group and obviously we need to grow the business and take the costs out. We are comfortable that we are making good progress on costs but we are not moving our target (of 30 percent ROE).”
Going forward, Fourie said the future was not rosy and that companies should be prepared to adapt their strategies.
“Disposable incomes are going to continue to come down, the price to the customer is going to be a material issue and therefore costs in our operating environment are going to have to get down and companies are going to have to be prepared to sacrifice margins to keep volumes up  to ensure that the throughput in their factories and outlets are being maximised,” said Fourie.
Fourie — who told shareholders at the annual general meeting last month that the group had adopted an aggressive pricing regime to grow its volumes and protect its revenue base in the face of increased competition and falling disposable incomes — said the strategy would continue.
“Our volumes have grown across the board with the exception of retail and volume growth has been very good in some sectors. Obviously that has come on the back of lower average selling prices and revenue is not coming through but we continue to fight that fight and make sure that our (Earnings Before Interest, Taxes, Depreciation and Amortization) can grow even though our prices are falling by focussing on the cost line,” he said.