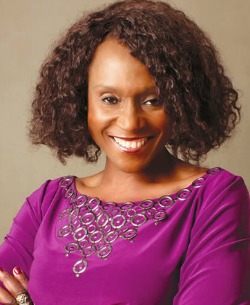 LISTED short term insurer NicozDiamond recorded a gross written premiums of US$11,1 million during the first four months of the year compared to US$10,4 million recorded last year.
Speaking at the company’s Annual General Meeting last week, managing director Grace Muradzikwa said the gross premium levels were in line with the company’s budget.
“As at April, we managed to record a growth of six percent compared to 2013,” She said.
“We are grateful to our business providers to have recorded this growth in our revenues in an environment characterized by a decline in revenues across most sectors.
“Gross Premium Written to April 2014 was US$11,1 million from US$10,4 million of 2013. This is in line with our budget.”
She said economic activity had been very subdued during the period under review.
“The demand for insurance has slackened mirroring the liquidity challenges in the economy.
“In insurance we follow the fortunes of our clients and hence always feel the full wrath of the challenges on the ground,” she said.
NicozDiamond had more policies on their books compared to prior year although the level of covers taken up by clients generally declined.
“The loss experience has been good so far with loss ratios of 42 percent against 2013’s 47 percent. The measures we have taken around risk management at our clients as well as the supplier engagements to manage cost of claims, are paying off,” said Muradzikwa.
“There is still however a lot to be done to manage costs of motor vehicle repairs which appear to be increasing despite the fact that the general price of most things are declining, in what some are already referring to as deflation.”
The profitability of the company is currently in line with budget expectations and above 2013. The challenge was to ensure that all those premiums are collected in full.
Investment performance was under pressure from softening interest rates to depressed performance on the stock market.
“We are doing everything possible to safeguard our investments as well as maximize returns. Our Diamond Villas property project is going on well and by end of July we are hoping to have finished the first lot of cluster houses for sale,” she said.
“Our regional investments are doing fairly well with the exception of FICO-Uganda which still requires capital.Advertisement

“The new baby on the block, Diamond Seguros of Mozambique started trading in March 2014 on a good note. Having been well accepted by the market, it has so far met its set revenue targets.”