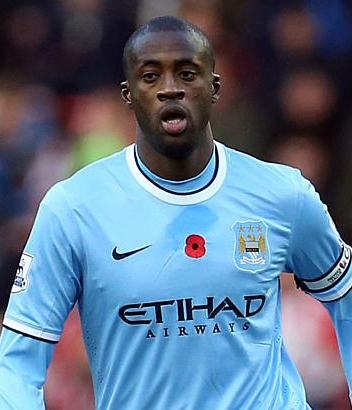 ROBERTO Mancini has revealed he has not given up hope of bringing Yaya Toure to Inter Milan this summer.
Mancini paid £24 million to bring Toure to England from Barcelona in 2010, and wants to be reunited with the Ivory Coast midfielder in Italy.
“He was the one who told me he wanted to look for new destinations”, said Mancini in La Stampa.
“I spent six months explaining to him what he would find at Inter, then he spoke with his club and he fell off of our radar.”
“But I haven’t given up on this, I’m waiting to hear his own side of the story and in the meantime I remain hopeful.
“Or else why would he have spent six months telling me that he wanted to come to Milan?”
Toure has said recently that he was committed to remaining at City during a club trip to the US.
“I will definitely stay. The fans don’t have to be worried,” said Toure.
“My target this year is to try to do everything possible to make this team improve well and I am sure with my experience, maybe I hope, with the players coming in a couple of weeks, a couple of months, definitely it is going to be a strong City next year.”Advertisement