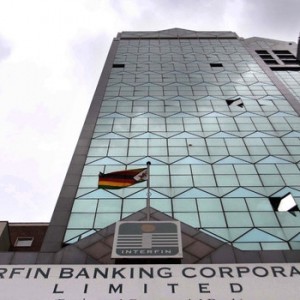 CREDITORS of the collapsed Interfin Bank, who are owed $155 million, on Wednesday unanimously voted to institute legal proceedings against the bank’s directors for the prejudice they suffered, the High Court heard.
Interfin, a shining example of locally owned banks when it was established in 1999, was placed under liquidation at the beginning of this year after it failed to secure $50 million in fresh capital during a three-year curatorship despite reported interest from 12 potential investors.
About 7 banks, mostly locally owned, have shut down since 2009 when Zimbabwe unofficially dollarized.
The bank’s liquidator, John Chikura of the Deposit Protection Corporation (DPC), represented by his agent Ngoni Kudenga of BDO Zimbabwe Chartered Accountants, told creditors that a forensic investigation had been done on the bank’s failure and additional information was being sought.
“We are looking at other information we need over and above (the forensic report) for us to go further,” he said.
Kudenga requested creditors to vote for a resolution “to instigate legal proceedings against the parties found to be at fault in their individual capacities in the event that these are found to have been reckless and or negligent in the discharge of their oversight responsibilities over the bank’s activities.”
The creditors, who presented claims worth over $114 million, during the meeting unanimously voted in favour of the resolution to prosecute directors amid cheers.
The Master of the High Court, Eldard Mutasa appealed to the creditors to be patient as liquidation was “not an event but a process.”
“There is due process that has to be observed. You should be patient with him (liquidator), he needs to do his work properly. We understand you have been violated and we can only do so much,” he said.
The bank’s assets are worth $39 million while its liabilities total $155 million.
Kudenga told creditors that the bank, whose main shareholders are Jerry Tsodzai, Farai Rwodzi and Tim Chiganze with a combined ownership of 60 percent,  had collapsed mainly due to high levels of non-performing insider loans.
The insider and related party loans amounted to $90,6 million as at January 27 2015, with almost all the loans non-performing.
He said there was also an erosion of capital through provisioning shortfall of $44,32 million in 2012 which was a result of failure by the bank to set aside adequate funds to cushion it from losses arising from bad and doubtful loans.Advertisement

“There was an ineffective risk management process which led to a high rate of non-performing loans. This was coupled with the fact that some loans were advanced without security and became difficult to collect,” he said.
The NPLs, he said, affected the liquidity position of the bank which culminated in a failure to pay maturing liabilities, leading to some of the bank’s depositors and creditors instituting legal action against it.
As at June 30, 2012 the bank had a negative core capital of $92,9 million while its shareholders failed to inject the required $142,9 million in order to comply with the minimum capital requirements which was $50 million at the time.
“There was lack of independence in the board composition for both the holding company (Interfin Financial Services Limited) and the bank. Some directors were both significant shareholders and directors of the two entities,” he said.
The central bank said the IFSL board was irregular as it was composed of just three directors, including Rwodzi and in 2012 declared him unfit to be a director and shareholder of the bank.
The bank’s total loan book as at January 27 was $169 million before adjusting for debtors that were ceded to a creditor worth $27 million.
“Demand letters have been sent to the few debtors who had not been handed over to the lawyers and are currently evaluation payment plans for those who have responded,” he said, adding that others would be handed over to lawyers.
So far only $18,5 million had been collected from debtors while the balance was proving difficult to recover as some debtors were also being liquidated or assets could not be identified.