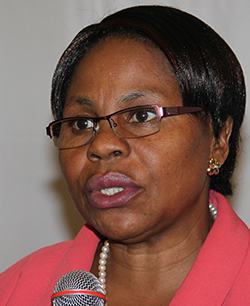 THE 14th edition of the International Images Film Festival (IIFF) kicked off on a high note last Friday with the government calling on local female film makers to increase collaborations with international actors.
Diplomats and government officials were part of the audience who watched the movie Girlhood directed by Celine Stia during the opening of the festival which seeks to promote participation of women in the film industry.
Deputy information minister Monica Mutsvangwa said the growth of the local industry depends on the ability of local players to clinch partnerships with global partners.
“The need for close collaboration and cooperation with film makers from successful world class names such as the Nollywood, Bollywood and even Hollywood itself cannot be overemphasised,” Mutsvangwa said.
Zimbabweans are steadily infiltrating the global with actors like Danai Gurira and Tongayi Arnold Chirisa making a huge impact in the United States.
Mutsvangwa said films are a critical part of the realisation of the right to freedom of expression.
“Film festivals and films themselves are not only a rich source of information, education and entertainment but a critical resource for empowerment in terms of offering platforms or media for expression of views, including those of the voiceless minority groups in society that need to impact development through change of cultural values and ethos,” she said.
The deputy minister also emphasised the need for producers to tell the original Zimbabwean story.
IIFF 2015, which ends on August 22, is running under the theme “Women alive, women of heart”. At least 20 percent of the productions being shown are local.
Apart from Harare cinemas, organisers are also taking the movies and documentaries to high density suburbs such as Highfield and Mufakose.Advertisement