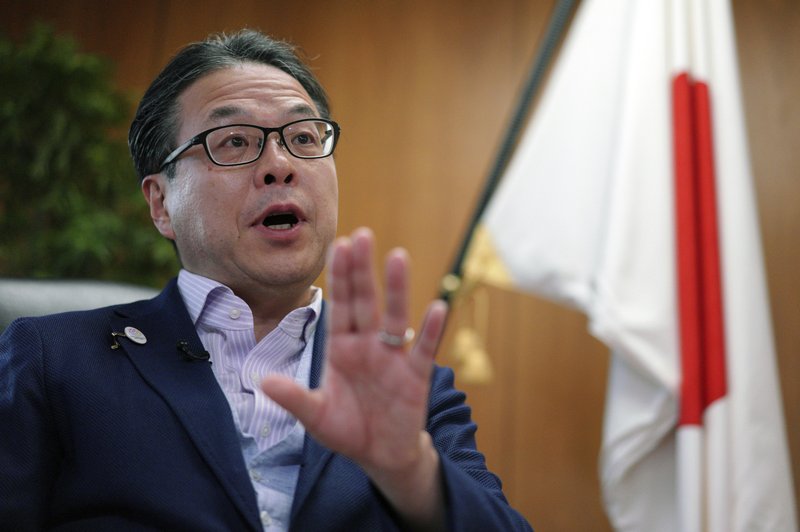 Hiroshige Seko, the minister of economy, trade and industry, warned in an exclusive interview with The Associated Press that Tokyo might take action if the U.S. fulfills threats to levy a 25 percent tariff on Japanese auto imports. He gave no details but didn’t rule out retaliatory tariffs.

“Japanese automakers are a major contributor to the American economy,” Seko said in the interview at his ministry office in Tokyo. “If the Japanese auto industry is weakened, it will not be able to invest in the U.S.”

Seko also expressed worries about the escalating trade dispute between the U.S. and China, and said such moves threatened the entire global economy. Both sides imposed additional tariffs on billions of dollars of each other’s automobiles, factory machinery and other goods Thursday.

“This works as absolutely no plus for the world economy, and Japanese companies are shipping parts to China to finish them as products there that are exported to the U.S., and the effects are already being felt,” he said. “Ultimately, it will hurt the U.S. and Chinese economies.”

Seko said he empathized with Trump’s “feelings” of worry over the ballooning U.S. trade deficit. But he said Prime Minister Shinzo Abe and other Japanese officials have been patiently trying to persuade Trump that Japanese do not products pose a security threat to the U.S.

Trump should not blame Japan, Seko said, because the U.S. deficit with Japan today reflects years of effort by Japan to create thousands of jobs in the U.S., many of them lucrative in the auto industry, and become a major investor in the U.S.

Seko said tariffs imposed on Japanese exports of steel and aluminum, which have already kicked in, are expected to have a minimal impact on Japan because its steel mills specialize in high-end products difficult to replace that have been exempted from the tariff hikes.

Auto tariffs are another matter, said Seko, who appeared relaxed in his spacious office filled with books, exotic-looking vases, a Pikachu doll and a photo of him handing over a huge trophy to a sumo wrestler.

The auto industry helps drive Japan’s economy, with exports of vehicles and parts to the U.S. accounting for 1 percent of its GDP.

Toyota Motor Corp. estimates the auto tariffs would add an average $6,000 to the cost of each car exported to the U.S. from Japan. At current levels, that amounts to $4.2 billion a year.

American automakers such as General Motors Co. and Ford Motor Co. are among companies protesting that the tariffs would harm the U.S. industry. 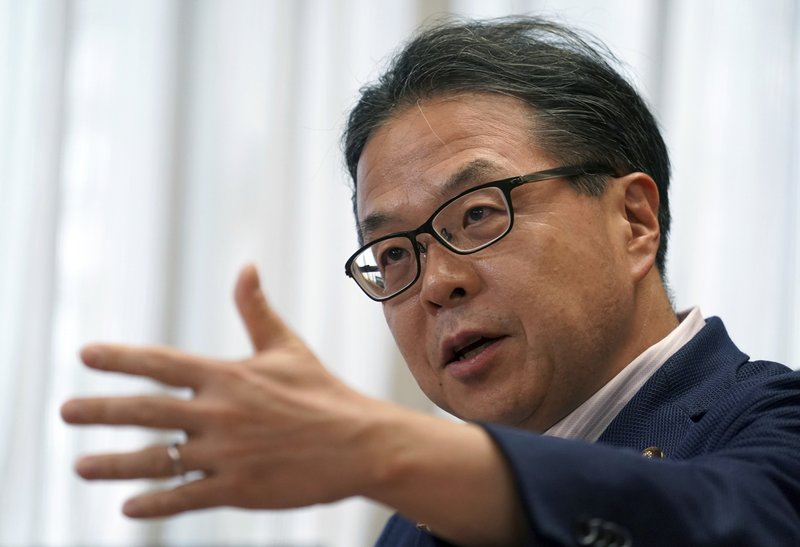 Seko said Japan has changed its ways since the height of the “Japan-bashing” days of the 1980s.

Japanese companies make 3.8 million cars annually in the United States, more than double the number of vehicles shipped there from Japan, according to the Japan Automobile Manufacturers Association.

“Things are totally different,” he said.

Seko said that during a recent trip to the U.S., which included Detroit, he met many people who agreed with his views.

Some trade experts note the setup of global production has changed so much over the years that a Trump-style “zero sum” approach to looking at trade may be misleading: The Apple iPhone, for instance, might be made in China, but it’s an American product using parts from other nations, including Japan.

For that reason, a growing deficit might just reflect a booming U.S. economy. Tariffs will merely raise prices for American consumers, Seko said.

The U.S. pushback against imports has left Japan in the position of championing free trade.

“We have to keep trying to explain our message,” Seko said. “We have been working to open our markets to avoid such misunderstandings, especially in the bilateral trade with the U.S.”

Japan recently signed a wide-spanning trade deal with Europe that had been under discussion for years. It has helped lead talks on a regional trade pact, the Trans-Pacific Partnership, while Trump withdrew the U.S. soon after taking office.

Seko, 55, was graduated from Tokyo’s prestigious Waseda University and earned a master’s degree at Boston University. He worked for the phone company, Nippon Telegraph and Telephone Corp., before becoming a member of the upper house of parliament in 1998.

Like many Japanese lawmakers, Seko has politics in the blood: His grandfather and an uncle were prominent Japanese politicians. His wife is also a politician — although from the opposition party.

“At home, I’m the opposition,” he laughed.