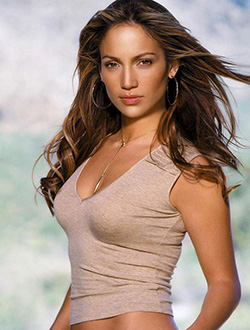 JENNIFER Lopez wants to share a life lesson with her fans: Learn to love yourself first. “I promise that if you get into it, if you tap into it, it’s gonna make your life better,” she says.
The actress, singer, producer sat down for an interview about “True Love,” her new book that was originally intended to be a piece of memorabilia about the 2012 Dance Again World Tour that she embarked on in the wake of her split from husband Marc Anthony.
But then it became much more.
“It became so evident that my songs were so autobiographical of what had happened in my life all along the way, not just the story of my relationships but the story of my career. … and then love was a big part of it as well.”
Lopez, 45, recently kicked off her heels, got comfy on a couch, and opened up about her own journey to self-acceptance.
Associated Press: You say early in the book that this is not a tell-all.
Lopez: I don’t feel that it’s my responsibility as a public person to share all the intimate details of my relationships. … I do feel as an artist it’s my responsibility to bare my soul, use my experiences and share my lessons through my art. … That’s what this book does.
AP: Once you realized things you needed to work on, you write about really committing to that and put in time to change your way of thinking.
Lopez: We all have our stuff from when we’re little that we have to work out. … You kind of have to get into the gooey stuff and pull it out and look at it and get rid of it.
AP: You also write about having confidence issues.
Lopez: Being successful caused me to have some low self-esteem issues. When you hear negative stuff about yourself that becomes the mantra that’s in your head — ‘You’re not good enough; You’re not a good enough actress, performer, person, you want candles in your room’ — things that aren’t true!’ It’s the tape that plays in your head that’s dangerous and what you want to do is reprogram that tape.
AP: Does being called ‘The Most Beautiful Person in the World’ make you feel like you need to always be on your game?
Lopez: (Laughs) No, I don’t take it all that seriously. I take it for as flattering as it is and exactly like it’s gonna be tomorrow’s trash. I don’t let that feed my ego in the way that some people could. I don’t drink my own Kool-Aid.Advertisement

AP: Are you gun shy now about having a relationship in the public eye?
Lopez: For right now I just kind of want to be on my own and have friends and get to know … Jennifer and what she wants and love her before I can love somebody else. And if somebody comes along, they can add to that happiness.
AP: It can be fun to be single and not looking.
Lopez: Yeah! And you just like shut it down. You realize, ‘I have a lot of time for other stuff! What should I do?’ And you start appreciating things around you because you put so much energy in, ‘Is that text coming in? What’s he doing? Is so-and-so gonna call? What do we do this weekend?’ Instead of being like, ‘What do I want to do this weekend?’ … It just opens you up. It’s a good thing.
AP: Would you marry again?
Lopez: I would if it was right. I think that standard is just a tiny bit different because of me, not because of the people I was with. But for me.