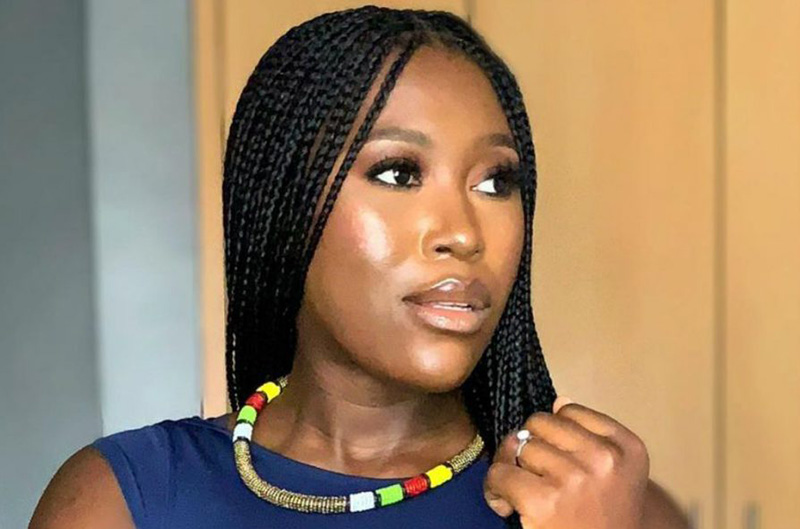 A Pan-African TV host and executive producer, Vimbai Mutinhiri-Ekpenyong, is recognized for hosting some of the biggest events in Africa including the first Africa Magic Choice Awards. She possesses honorary degrees in Politics, Philosophy, and Economics. She is an ambassador of GirlUp Zimbabwe, a United Nations Foundation that advocates for and empowers girls to change the world. She is a former Big Brother Africa Season 6 contestant and currently hosts a radio show in Zimbabwe. In this interview, she discusses the challenges women face in the pandemic era and plans to increase her pan-African influence.

How has getting back on the grind been?

It has been great. We are stepping into month eight of motherhood. So it seems every day gets more and more colorful. It has definitely been the most chaotic time of my life. I never expected it. I knew it was hard but I never expected it to be this much work. I had a child, as far as society says, a little bit later, at the age of 34 and my life has been defined by work.

I’m a workaholic. That side of my life has always been on autopilot, something I do easily. And then all of a sudden there is this new challenge. This new experience comes with a new surprise every single day. You give birth, you go through all of the milestones in the beginning, what to expect.

I think for me, as someone who has always been career-driven and a bit of a control freak because of that, dealing with a human being who can just wake up and decide ‘you know, I’m going through a developmental milestone and I need attention.’ And there is no negotiation, you can’t be a power-woman through that.

You have to humble yourself and look at this child, feel the energy around this child and try to understand. It has been a very spontaneous and beautiful time. The pandemic has been difficult for everybody, especially working moms…even stay-at-home moms. I saw a report that said women globally lost over $800 billion in income due to the effect of Covid-19.

From your perspective, what do you advise a person who finds herself in a position where she either lost a job, stressed out, or hasn’t been able to work in the last few years?

I want to refer to my experience. As someone who has always been career-focused, I almost felt like a fish out of water being in a position where I couldn’t work and that was specifically because I was heavily pregnant at the time and my work involves interacting with people on a daily basis so it’s virtually impossible to work in media, to shoot and do all these things without interacting with people on a daily basis.

So the wisest thing to do was to not work. I went through the majority of my pregnancy in South Africa. And at that time, the vaccine was not available. You know, and the waves just kept coming. Thank God, we were in a financial position to make that decision.

Like the women in the statistics you just read out, at the outset, I felt like my identity and agency had been stripped from me so much so that I had to go into therapy because I felt like I was going through an identity crisis. So, the powerful thing I took from therapy and the journey was, it’s a season. There’s a different side of you that is supposed to come out of this experience.

It is uncomfortable because you are growing and learning new things. Life is not one-dimensional. It is not one thing consistently. It is not about picking one thing, getting fantastic at it, and doing it forever.

So, for all the women out there who feel like they’ve been dealt with unfairly, this is actually a good opportunity to explore the softness and nurture in you. |I talking about the other side of you that often gets neglected when you are on the chase. There is a part of us that we have suppressed so that we can get ahead.

This is a really good season for us as women to be able to dig in and realize it’s not a weakness, it’s a superpower. The world wants us to feel that being a nurturer, a caregiver is a weakness and it’s absolutely not. Let’s embrace it. Let us find the beauty in it. Let us realize it is a massive responsibility and the world can’t function without it.

Can you tell us about some of your personal goals for the year and beyond?

The world that was no longer exists. And, we are at the cusp of this new world and, you know, this new normal, if I may use that cliché, my goals are to be able to define myself in the context of this new world. It is incredible because I look at a lot of my pre-pandemic goals and the things I wanted to do, and in the context of the world we live in now, it’s no longer a massive priority.

So, my goal is to be able to use my skills and experience to mold myself into a media personality and entrepreneur who is relevant, specifically to speak into women-centric issues, to give voices to women from all walks of life. I also hope to drive towards pan-African and inter-African engagement.

For example, my radio show-I’m able to broadcast from Lagos to Zimbabwe by bringing Pan African personalities for the Zimbabwean audience. I currently write a weekly column called African Excellence in a national newspaper. And what I do there is to look for stories from fantastic African people, not the normal stories – people who are doing brilliant things but don’t just make it to mainstream media.

I bring that conversation to the Nigerian audience and Nigerian readers. So, it is about building myself, or rather, rebuilding myself in the context of the world where there is accessibility such that I can host in as many African countries as possible.

I don’t really want to take a hundred covid tests at the moment. So, Pan Africanism, to me, has taken a different turn. Right now, my goal is to do as much as I can, from my living room, virtually and broadcast to the rest of the continent.

In honour of International Women’s Day, what piece of financial advice would you give to younger women reading this?

Stop holding on to all that cash! I just always felt like, the higher my bank account, if the numbers look good, the better things were. It was a big mistake that I made. I should have used all that money to make more money. Let go of that cash. Not spend it, but put it in strategic places, definitely.