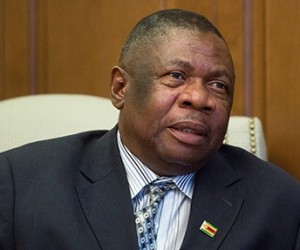 OVER the years, Russia and Zimbabwe have maintained strong cordial relations in all significant spheres and the prospects of broadening cooperation look bright. Right now, Russia is stepping up economic investment in Zimbabwe and economic partnership will blossom in the coming years as the groundwork for this new chapter in the two countries’ economic diplomacy was laid when President Robert Mugabe met President Vladimir Putin in Moscow in May 2015.
Quite recently, Brigadier General Mike Nicholas Sango, Zimbabwean Ambassador in the Russian Federation, spoke to Kester Kenn Klomegah, an independent research writer on Russia-African affairs, about some aspects of Russia-Zimbabwean relations, economic cooperation and future prospects.
Below are excerpts of the interview:
What are the current levels of Russia’s economic presence in Zimbabwe and that of Zimbabwe in the Russian Federation?
Zimbabwe is a developing country whose economic development progress has been set back as a result of illegal economic sanctions by the United States, the EU and white commonwealth who historically have been major beneficiaries of economic activity in pre and post independent Zimbabwe. The Russian Federation, although a historical ally had not been economically active in Zimbabwe until 2014 when she had a maiden entry into the country in a joint venture project with the Zimbabwe government, started the platinum mining project estimated to inject three billion United States dollars. This will be one of the largest single investments in the country. From 2014 the two governments are engaged in negotiations for other Russian investments in Zimbabwe.
What are your Government’s key priorities and expectations from Russia?
Zimbabwe’s key priorities can be summarized as follows (in order of priority):

• Energy: For industry and commerce to thrive there has to be sufficient power. Presently, Zimbabwe has a power deficit of 750 MW. The most reliable source is the 750 MW Hydro power plant which has been affected by low water levels due to two years of drought. The country is relying on power imports.

• Manufacturing: Zimbabwe’s manufacturing sector has been hit hard by illegal economic sanctions. Most industries have outdated and expensive to run machinery. They are in dire need of retooling, refurbishment and funding.

• Tourism: Zimbabwe hosts one of the wonders of the world, the Victoria Falls. Investment in infrastructure development in the hotels would complement the opening by larger airports to accommodate larger body aircrafts.Advertisement

Which economic sectors are attractive for foreign investors (e.g. U.S., EU, China etc) generally and what investment incentives are currently available for investors or foreign players?
• To China – mining, agriculture and infrastructure development
• To USA – Mining especially in strategic minerals, (low due to illegal sanctions)
• EU – Mostly in manufacturing and agricultural and horticultural products
Incentives:

• Exemption from VAT for a variety of goods and products that include agricultural produce, raw materials for further processing, goods used in the products that include agricultural, mining, industrial or manufactured products etc.
• Build Operated Transfer (BOT), Build Own Operate and Transfer (BOOT) projects are taxed at a variable rate depending on the years of operation (0% for first 5 years and increasing to 30% after 16 years.

To what extent have Russian companies shown interest in the mineral exploration sector in Zimbabwe? Has mineral exploration already started after Foreign Affairs Minister Sergey Lavrov went there for the signing ceremony in 2014?
Discussions are in progress to get Russian companies into exploration and mining of various minerals. The Russia-Zimbabwe Joint Commission will be meeting in Zimbabwe in April this year to discuss further areas of cooperation. The Great Dyke Project Minister Lavrov signed in 2014 was not expected to be exploiting the mineral as of to date as there were processes that needed to be undertaken beforehand that include completing geological survey, construction of infrastructure etc.
Do you also consider promotion of small and medium scale businesses as part of strengthening economic cooperation between two countries?
In March 2016, a Zimbabwean private sector delegation will arrive in Moscow at the invitation of the Moscow Chamber of Commerce to discuss and explore areas of preferential cooperation that would benefit small scale and medium businesses in Zimbabwe.
How would you assess BRICS member countries’ economic engagement in Zimbabwe? And finally what, in your view, will be the future of Zimbabwe Russian relations?
BRICS countries (Brazil, Russia, India, China and South Africa) encourage commercial, political and cultural cooperation among themselves. Although there is no formal relationship between this block and Zimbabwe, individual countries have a bilateral economic and political relationship with Zimbabwe. South Africa is Zimbabwe’s largest trading partner. Her geophysical position goes beyond economic relations but political, social and cultural.
Brazil has very strong economic ties with Zimbabwe. Under the economic blueprint “Food for Africa” Brazil has already shipped $93 million worth of agricultural machinery under a $150m project to help Zimbabwe restore its yester year “breadbasket” status. China made the first entry after the West imposed illegal sanctions on Zimbabwe and is the largest single investor in Zimbabwe today. India has also come on board with renewed interest in Zimbabwe. We foresee rising Indian investment in Zimbabwe.
Russia and Zimbabwe have put in place structures and mechanisms for sustainable economic cooperation. Although Russia’s economy is under pressure from illegal sanctions and the depressed global economic environment, she is committed to assist Zimbabwe’s economic recovery. The single giant investment in platinum mining in Zimbabwe worth three billion is a sure sign of long-term economic cooperation.
High level visits have taken place in 2015 and in April 2016 a high level meeting at Ministerial level will be hosted in Victoria Falls in Zimbabwe to explore further areas of cooperation. Meanwhile a private sector business delegation will be in Moscow in March at the invitation of a local chamber to explore opportunities for cooperation. Relations between Russia and Zimbabwe are based on a strong foundation founded on the support given to Zimbabweans during their struggle for independence.