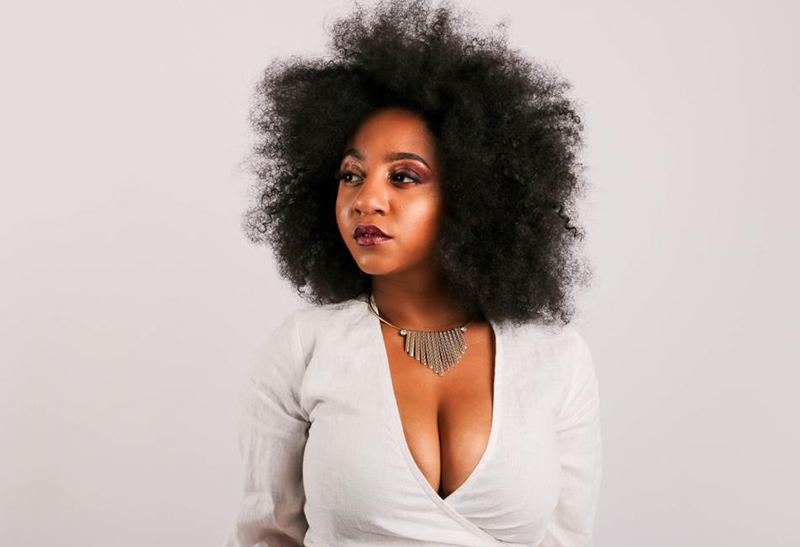 Ammara Brown is widely regarded as the consensus greatest female musician in Zimbabwean history. Her music is beloved throughout the African continent, predominantly in Zimbabwe. She has a strong music heritage thanks to her late father, the iconic Andy Brown.

Credit for her unique and captivating music can also be apportioned to her mixed ethnicity and culture. Her mixed background is shone through her refreshingly diverse music. It should come as no surprise that Ammara has racked up numerous awards for her outstanding music.

However, besides her music prowess, Ammara also has a strong portfolio as an actress and an entrepreneur. She is very much an “all rounder”. The Hype Magazine’s Life & Style correspondent, Charles Myambo (CM) had an interview with Ammara Brown (AB). Below are some excerpts from the interview. CM: Ammara you have been widely regarded as the best Zimbabwean female musician for quite some time. How do you avoid being prideful while still maintaining a degree of  healthy confidence?

AB: I find that life is very humbling. After enough experience and introspection you realise that you are simply still human. We are all responsible for mastering the ego and the spirit as entities, within.

CM: You have quite the heritage when it comes to music. Your late father, Andy Brown was a legend and so are you. How does it feel to know that you have lived up to his legacy and in some facets even surpassed it?

AB: Surreal. My father told me I’d be a great artist some day. My mother would talk about my dreams with me more like they were plans. When you’ve spent a lifetime manifesting dreams that materialize, grasping the magnitude of your new reality can be… perplexing! LOL! More than anything I’m so grateful our dedicated efforts as a family were so worth it.

CM: What would you outline as the very best experience in your vastly successful career thus far?

AB: Truly speaking it happened quite recently. I was in studio creating a soundtrack for an international TV series. Every single sound I was hearing, was as I had imagined it. There was no commercialism to consider. Just uninhibited art. I literally cried with gratitude that day. After you’ve topped the charts, won the awards, toured the world, you come to find artistic freedom is your greatest privilege.

CM: You are an extremely intuitive and gifted young woman. What have been some of your strategies when it comes to managing your music career and other business ventures thereof?

AB: As a woman, I’ve chosen, predominantly, female managers. This has allowed me to strategise and execute with a person who understands my journey, goals and priorities, intrinsically. I’ve also done my best to embrace my mixed ethnicity in order to cross cultural and economic barriers. I grew up in different countries, both first and third world. Add African, Arabic, European, modern and traditional influences and you’ll get : me. It’s translated through my works, and has earned me a beautifully dynamic audience. #Iluvammartians

CM: Being a prominent public figure such as yourself is much harder than most people may realize. What are some of the measures you take to ensure you retain your mental sanity and avoid getting drained?

AB: It took me years to figure this out, and after the depression, the grief, I’ve learned to follow my joy. I impart a lot of energy with the world, but I can’t pour from an empty cup. I redirect my energy to meditation, prayer, painting, cooking, and copious amounts of family/quality time. I believe happiness is true success.

CM: Besides music, what are some of your other interests or aspirations?

AB: I am low key obsessed with Tv and film. I’ve been blessed with national awards for my acting, so it is something that remains constant in my business. I’ve recently become a co-owner of a hair care product line, Reina. I wear my fro for many reasons. Natural curly and coily hair deserve “a front page” on this continent. I’m also passionate about people, which makes social activism and philanthropy an integral part of my existence. GBV and female empowerment being at the forefront of my efforts. I want my son to grow up in a better world than I did, and I know it’s possible.

CM: There is a famous saying which goes like, “what does not kill you, makes you stronger”. Could you outline any tough experiences that helped build and consolidate the fantastic character you have today?

AB: Between 2012 & 2016, I lost eight family members, to mortality. Four of whom were my mother, father, grandmother and my only full blood sister, Shahla. Excruciating as it was, losing everyone who truly knew and supported me, I grew to accept that they had completed their journey in this realm. The best thing I could do was be my best self. Always appreciating how magnificent the gift of life truly is, by living fully and presently. Just keep growing and glowing. That’s my secret sauce.