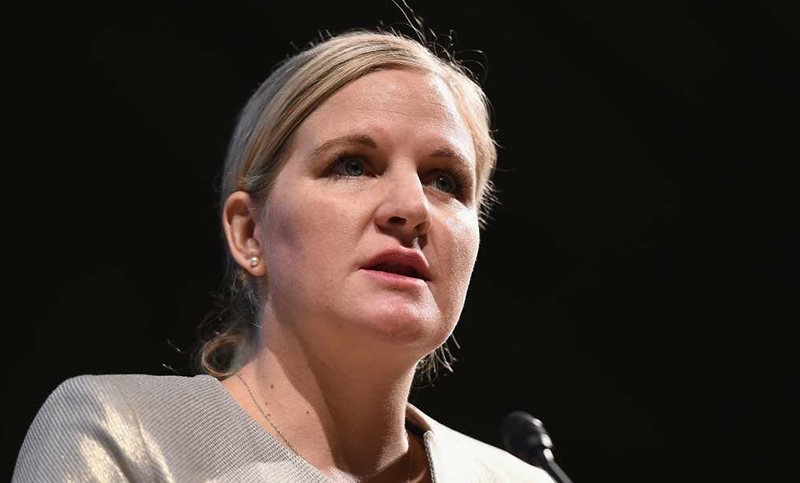 “I was there in 2008 in Beijing and I know the commitment that China has to hosting outstanding games. I think the Beijing 2022 Olympic Winter Games will be just as incredible, probably even more incredible,” she said during an interview with Xinhua.

A member of the International Olympic Committee (IOC), Coventry is a former Olympic swimmer and world record holder. She won four of her seven Olympic medals in the 2008 Summer Olympics in Beijing and retired from swimming after her fifth Olympics in 2016.

The sports minister commended the efforts of the Chinese government and the organizing committee towards hosting the games under a safe environment amid the COVID-19 pandemic.

“COVID-19 has been tough for everybody, to continue pushing and striving to deliver safe games for the world has been the Chinese government and organizing committee’s top priority,” she said.

“I would like to thank them on behalf of so many athletes that are going to live out their Olympic dreams,” she said.

The Beijing 2022 Winter Olympic Games will be a moment for the athletes to shine, inspire and unite the world, Coventry added.

“While the world is still going through the pandemic, I have read the playbooks. I have been very much involved with the steps that the Chinese government, along with the International Olympic Committee, is putting into place to try to keep everybody safe,” she said.

The minister said she was excited at going back to Beijing as an IOC official. “Beijing has been a warm place in my heart. Obviously, that’s where I won my Olympic medals, a gold and three silvers,” she said. Coventry won her medals at China’s National Aquatics Center, dubbed the Water Cube.

“Being a part of an Olympic Games and being part of a successful games, which I know Beijing 2022 will be, is really exciting just in itself.”

The Zimbabwean minister will have the honor to hand over medals to athletes as a full member of the IOC, among other responsibilities while in Beijing.

“Hopefully giving a medal to someone in the Water Cube, because that would be really special,” she said.

Coventry also expressed the desire to see further cooperation between Zimbabwe and China in sports, arts and culture.

“I would love to be able to increase our visibility within sport and art under my portfolio, not just sport, but also art and culture,” Coventry said. “I think China does an incredible job in being proud of her culture and heritage, and that’s something that we are really trying to emphasize as a ministry.”