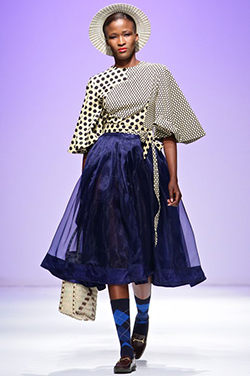 THE first ever Intwasa fashion show will celebrate plus size and curvy women, a trend that is slowly taking over internationally.
The appeal of “all curvy and sexy” has reached alarming levels, with those who want to give their hips and butt a lift, opting for cheap padding imported from Asia.
But the plus size models who will take to the ramp at Hope Centre on November 29, in Bulawayo will definitely be flaunting their God-given bodies, which for a long time have been loathed by Eurocentric women.
The fashion has been organised by Hunnar Management Agency in collaboration with Intwasa Arts Festival, Edgars Stores and Alliance Francaise de Bulawayo.
It will seek to celebrate the local fashion industry and provide a platform where designers will showcase their collections and “at the same time being appreciated for their contribution towards the economic growth of the City of Bulawayo and Zimbabwe as a whole.”
In an interview with NewZimbabwe.com, Gilmore Moyo of Hunnar Management Agency said they were motivated to come up with a fashion show under the festival’s fringe show, a first in the 10 year history of the spring festival, to showcase the role of the fashion industry in the growth of the arts industry in the city.
“The City of Bulawayo and Zimbabwe has birthed many fashion designers who have brought recognition to our country and to us as a people of the global village,” said Moyo.
The fringe festival kicked off on November 22, with a rerun of some popular shows at this year’s edition of the festival. The fashion show will bring the curtain down on one of the country’s longest running arts festival.
Twelve local fashion designers are set to showcase their 2015 collections and commemorate the City of Bulawayo’s 120 years celebration though their art.
The designers to showcase at the event include Clothing Indaba winning designer Sanah Designs (Saneliso Mpofu), Bulawayo Polytechnic Fashion students, Penelope Lacha, Zanele Dube, Lorraine Rusire, Award winning Umlongo (Wani Baker, Rags, Crox Designs, Shadow by Sidumiso, Ara Kani, Ganu Creations, the Bulawayo Board of Designers and guest designer, Tapfumanei Munenge, who is currently showcasing at the Soweto Fashion Week.
Moyo added: “The Intwasa Fashion Show is also meant to celebrate normal individuals off the streets, hence during model castings; some models you will see on the ramp were scouted.Advertisement

“On the runway will be actress, Evey Mwatse, ZBC TV presenter Nyasha Mtamangira, Djembe Monks Dj Slimzar Wa Afrika, Club Dj King Staffa and Face of Africa representative Tholakele Dlamini and some professional models from Bulawayo.”
He said they also decided to work with plus size models as they need to be celebrated.
“By having plus size models, this was a challenge for designers to also do ranges that cater for every person from all walks of life. We come from a part of Africa where we have curvy women, hence it is ideal for designers to celebrate them and acknowledge them through their work,” said Moyo.
To help promote local designers, Edgars Stores will be taking in two designers for a year-long attachment, to “provide exposure to the local designers and also give them the clothing industry experience.