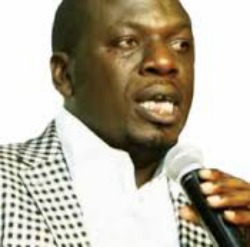 ORGANISERS of Bulawayo’s premier annual arts event, Intwasa Arts Festival ko Bulawayo, have, this year, organised a special spill over fete which is meant to welcome and celebrate the country’s new political order.
The festival which has been dubbed Intwasa Extra will take place from the 28th to the 31st of December.
“Intwasa Extra which is taking place from the 28th to the 31st of December 2017 is a spill over programme from the main Intwasa Arts Festival koBulawayo that takes place every year during the month of September.
The four day arts extravaganza coming under the theme “Celebrating a New Era” is basically a festive season festival bonus prepared especially for regular festival audiences and those that missed the September fiesta.
But most importantly, it is to celebrate Zimbabwean people’s resilience against hardships and welcoming the new feeling of hope that has engulfed the country,” said Raisedon Baya, the festival’s Director.
Baya said the four day event is also meant to celebrate human creativity and diversity, empower women and young people through arts as well as provide new markets and collaborative opportunities for local artists and technical people.
“The organisers are also using this opportunity to bring the comedy night which, due to unforeseen circumstances, did not take place in September. Intwasa Extra will be using about six arts genres, namely theatre, music, poetry, comedy, dance and arts and craft to celebrate with the rest of the country,” said Baya in a n interview with New Zimbabwe.
Baya said a strong line–up of local comedians has been lined up for the first day of the festival.
Some of the impressive comedians set to perform at “Night of Great Comedy” include Carl Joshua Ncube, Doc Vikela, award winning comedian, Ntando Van Moyo and Mandla Simbarashe.
Baya said the festival will also feature talented singer and guitarist, Tariro Negitare, rising stars, Thandy Dhlana Jele and poets Xtreme, lady Profound and Harare-based poet Black Pearl.Advertisement