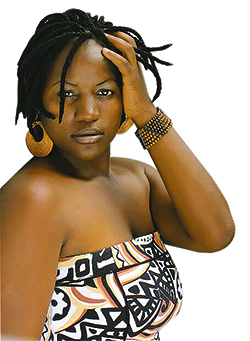 BULAWAYO is gearing up for the annual arts jamboree, Intwasa Arts Festival koBulawayo, as the city emerges from the slumber of winter and springs into new life.
The festival will run from September 23 to Sept 27 under the theme “Unforgettable”.
This year’s arts fiesta is a special one as the festival celebrates its 10th anniversary.
Starting in 2005 as a community initiative, Intwasa has grown to become an important event on the Zimbabwean arts calendar that celebrates human diversity and creativity.
Festival director, Raisedon Baya has promised an unforgettable festival, with over 40 events spanning music, dance, theatre, spoken word, literary arts, visual arts and crafts set to be staged at different venues throughout the city.
“The 10thedition of Intwasa Arts Festival koBulawayo shall embrace and celebrate the different cultures and forms expressions found in Zimbabwe, Africa and the world at large.
“With the theme: Unforgetable. It shall be a platform for different voices; a mirror of plurality and cultural democracy as embedded in the UNESCO 2005 Convention for the promotion and protection of the diversity of cultural expressions,” said Baya.
Theatre aficionados can look out for a one-man South African stage play, For Generations, performed by play wright and actor Kurt Egelhof.
In the play, the audience gets to meet Egelhof’s white musician, war –hero grandfather, his Xhosa bride, Egelhof’s father – who worked in the whaling station at the bluff, his mother and his sports mad school going adolescent son. The actor also shares snippets about himself in play.
The one-man play is part of a collaboration and cultural exchange between Zimbabwe and South Africa through Nhimbe Trust and the Performing Arts Network of South Africa (PANSA).
Another theatre production to look out for is Mothers, featuring an all-female cast. The play is a very cheeky and intelligent story told by women.
It is a mother and daughter affair; both mother and daughter are pregnant and one man is responsible for the pregnancies.
The story is about a man who raises a girl believing he is the biological father only to discover that he has been lied to for years. When the truth comes out the man, in anger, goes to the daughter and tricks her into sleeping with him and making her pregnant. Advertisement

Jazz fans will be serenaded by Zimbabwe talented female trio in Rute Mbangwa, Tina Watyoka and Edith we Utonga, who will collaborate in a music production tiled Amawala (Those That Shine).
The timing of Intwasa is meant to coincide with the Inxwala and Umthontiso that were common features in Mzilikazi’s Ndebele Kingdom.
Since inception in 2005, Intwasa has hosted regional and international artists from Botswana, Swaziland, South Africa, United States of America, United Kingdom Sierra Leone, Ghana, Kenya, Malawi, Belgium, Netherlands, Germany, Wales and Zambia.