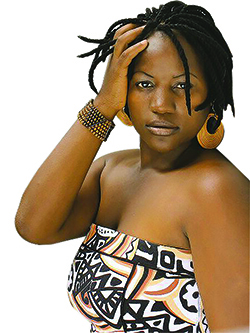 BULAWAYO’s premier arts fiesta, Intwasa Arts Festival KoBulawayo, roars to life on Tuesday with artistes from across the country converging in the city for five days of unforgettable performances.
The 10th edition of the festival will run until September 27 under the theme, Unforgettable.
In five days local and regional artists, cultural activists and art lovers will converge to celebrate human diversity through dance, theatre, jazz, world music, visual arts, crafts, poetry, comedy, literary arts, competitions, and workshops.
Arts enthusiasts will be spoilt for choice with more than 40 events lined up in five different venues across the city.
“There festival is looking forward to seeing families and friends being part of the unforgettable experience. This is one of the very few times the City of Bulawayo comes alive,” said festival director, Raisedon Baya.
On the opening day on Tuesday theatre aficionados can look out for plays such as The Lion and The Jewel and Mbiko kaMadlenya.
Mbiko kaMadlenya is a historical play commissioned by Intwasa Arts Festival and Bulawayo City Council for 2014. It is an adaptation and re-imagination of the class Ndebele tale set in 1871, two years after King Mzilikazi’s death.
Another play to look forward to during the festival is a one-man South African stage play, For Generations, performed by play wright and actor Kurt Egelhof.
In the play, the audience gets to meet Egelhof’s white musician, war –hero grandfather, his Xhosa bride, Egelhof’s father – who worked in the whaling station at the bluff, his mother and his sports mad school going adolescent son.
The actor also shares snippets about himself in play. The one-man play is part of a collaboration and cultural exchange between Zimbabwe and South Africa through Nhimbe Trust and the Performing Arts Network of South Africa (PANSA).
The official opening of the festival has been slated for Wednesday at the Large City Hall car park.
Groups such as Siyaya, Bambelela, Ezimnyama Dance Troupe and Amakhosi Centre for Development are set to perform at the official launch.
Jazz fans will be serenaded by Zimbabwe talented female trio in Rute Mbangwa, Tina Watyoka and Edith we Utonga, who will collaborate in a music production tiled Amawala (Those That Shine).Advertisement