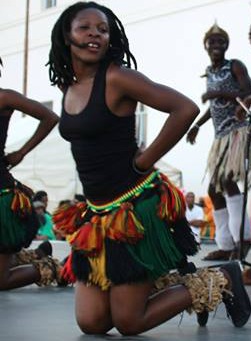 THE Zimbabwe Tourism Authority (ZTA) has partnered with Intwasa Festival KoBulawayo to bring the popular street carnival to Bulawayo.
This comes after ZTA announced that the Harare International Carnival will be back this year after it was shelved last year owing to financial challenges.
The carnival is meant to celebrate the country`s diversity and to bring together communities.
In the past, the carnival has attracted participants from countries such as Brazil, India, Nigeria, the Democratic Republic of Congo, Egypt, Ghana, Indonesia, Italy, Kenya, Malawi, Mozambique, Namibia, Swaziland and the United Kingdom.
The carnival will also be held for the time in Bulawayo as part of the annual spring festival which has been tentatively set to begin on September 27.
Intwasa festival spokesperson Nkululeko Nkala confirmed to NewZimbabwe.com that they had reached an agreement with ZTA to bring the carnival to Bulawayo.
“We will host the Bulawayo street carnival on the 27th of September in partnership with the Zimbabwe Tourism Authority. It will be held on the opening day of the Intwasa festival,” said Nkala.
“We are therefore inviting groups, churches, schools, motoring clubs, arts groups and companies to register to participate at the carnival. Each group must have at least 50 people and lots of prizes will be on offer.”
Nkala added that each group will be assigned a choreographer who will work with them to come up with an act to present during the carnival.
He said they will use the carnival to showcase the city`s rich culture which will be spiced up with some international flavour.
The carnival comes after the city witnessed the launch of the first ever Bulawayo Arts Awards which were held in June.Advertisement