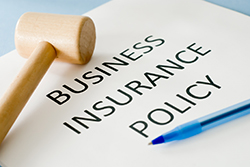 HARARE: The Insurance and Pensions Commission (IPEC) has deregistered two non-life insurance companies Heritage Insurance and Excellence Insurance for failing to meet the prescribed minimum capital threshold of $1,5 million.
The two firms which had been suspended from initiating and renewing any business follow KFMS Insurance which was deregistered by the regulator last quarter. This brings the number of non-life insurers to 20 from 22 in the last quarter.
“It is hereby noticed that in terms of section 23 of the Insurance Act (Chapter 24:07), the following insurance companies have had their certificates of registration cancelled: KFMS Insurance Company, Heritage Insurance Company of Zimbabwe and Excellence Insurance Company,” IPEC commissioner Manette Mpofu said in a notice on Thursday.
In the regulator’s report to June 30, all the operating non-life insurance companies, except Credit Insurance Zimbabwe and Sanctuary Insurance Company reported capital positions which were above $1,5 million.
Zimbabwe’s direct non-life insurance industry has been witnessing a decline in the volume of business generated.
The volume of business written by non-life insurers in terms of total gross premium written (GPW) dropped five percent from $120,31 million for the half year ended June 30, 2015 to $114,33 million for the half year ended  June 30, 2016.Advertisement