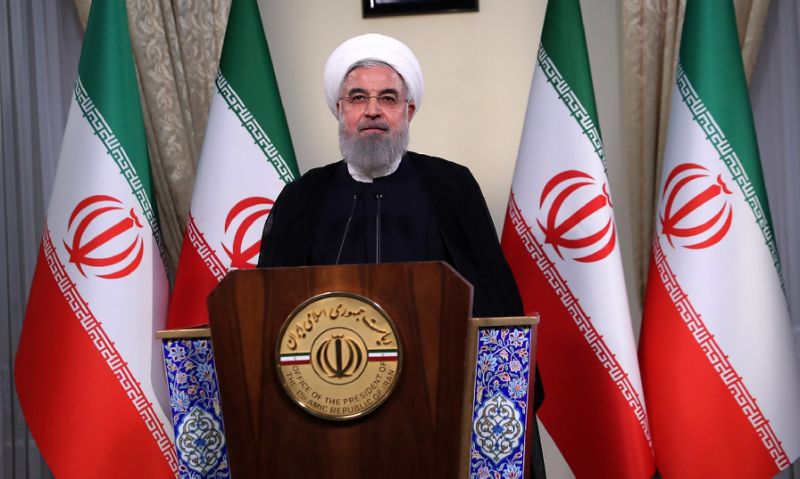 Iranian President Hassan Rouhani arrived in Switzerland on Monday at the start of European trip billed as of “prime importance” after the US pulled out of the 2015 nuclear deal between Tehran and world powers.

The tour, which also includes a stop in Austria, is part of Tehran’s efforts to secure Europe’s continued support for the landmark agreement aimed at preventing Iran from building the atomic bomb.

Substantial parts of the historic nuclear pact were negotiated in Switzerland before it was signed in July 2015 in Vienna, where the Rouhani will head on Wednesday.

The trip will be an “opportunity to talk about the future of the (nuclear) agreement,” he told reporters at Tehran’s Mehrabad Airport before boarding his flight, state television showed.

Rouhani and his large delegation were greeted by Swiss President Alain Berset, along with an honour guard, after they landed in Zurich.

The visit comes nearly two months after US President Donald Trump unilaterally pulled out of the agreement, to the ire of the other signatories — China, France, Germany, Britain and Russia — which along with the European Union have continued to back the accord.

Iran has warned it is ready to resume uranium enrichment to 20 percent — above the level permitted in the deal — “within days” if the deal falls apart.

Rouhani’s trip will be of “prime importance” as it could “provide a more precise picture of cooperation between Iran and Europe,” Iranian foreign ministry spokesman Bahram Ghassemi said in comments carried by the semi-official ISNA news agency on Saturday.

Austria on Sunday took over the European Union’s six-month rotating presidency, while Switzerland represents US interests in Iran owing to the absence of diplomatic relations between Washington and Tehran.

Vienna is also the home of the United Nations’ nuclear watchdog, the IAEA, which monitors Iran’s compliance with the accord.

The nuclear deal has been the cornerstone of Rouhani’s policy of greater openness with the West, and the US move has seen him severely criticised by ultra-conservatives at home.

Even before Trump’s decision, Iranians had long complained that the hoped-for uptick in foreign investment after the deal had not materialised.

Washington’s decision paves the way for new US sanctions against Tehran, which will encompass businesses from third countries that continue to operate in Iran.

A number of foreign firms have already announced they would cease their Iranian activities in light of the looming imposition of sanctions.

Rouhani is scheduled to attend a meeting on Tuesday with the Swiss chamber of commerce on innovation in the health sector. The two governments are also due to sign agreements on economic cooperation.

Rouhani will also be visiting Vienna, headquarters of the IAEA nuclear watchdog

There will be a similar focus on finances in Vienna, where the Iranian president is expected to sign memorandums on economic cooperation according to Austrian media.

Chancellor Sebastian Kurz said he will speak plainly with Rouhani about Iran’s role in the Middle East, as Tehran continues to deny accusations it is destabilising the region.

The European tour is part of a broader diplomatic effort by Tehran to rally support in the wake of Trump’s May 8 withdrawal from what is formally known as the Joint Comprehensive Plan of Action (JCPOA).

The foreign minister on June 24 warned that failing to save the nuclear deal would be “very dangerous” for Tehran.

But the Iranian government has said it will not continue to abide by the agreement if doing so goes against its economic interests.

Iran’s supreme leader Ali Khamenei has demanded that Europe provide a number of economic guarantees in order for Tehran to continue its commitments.

Increasing the pressure on Iran’s European partners, he ordered preparations be made to quickly restart nuclear activities in case talks collapse.