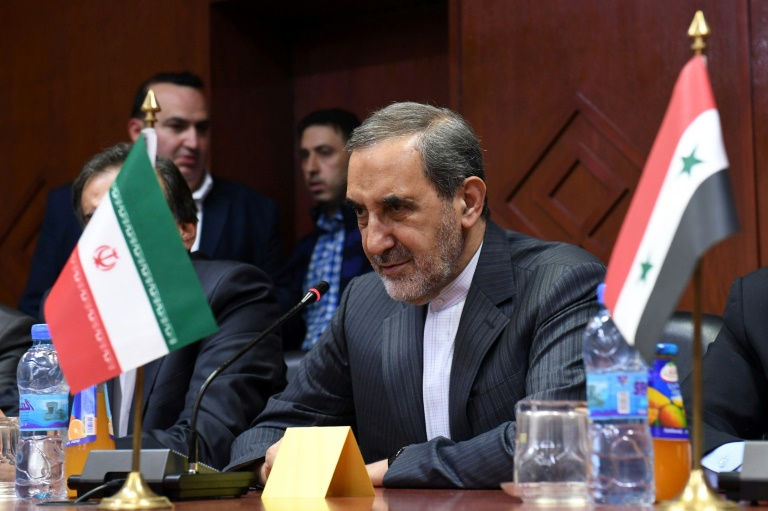 IRAN warned Thursday it will quit a landmark nuclear deal if President Donald Trump pulls the United States out of the accord, while also criticising European states over “concessions” to the Americans.

Trump has threatened to abandon the agreement when it comes up for renewal on May 12, demanding his country’s European allies “fix the terrible flaws” or he will re-impose sanctions.

The nuclear deal was struck in 2015 between Iran and Britain, China, France, Germany, Russia and the United States, then led by Barack Obama.

Under the pact, sanctions were lifted in return for a commitment not to pursue a nuclear bomb, but Iran says it is not reaping the rewards despite complying with the deal.

“If the United States withdraws from the nuclear deal, then we will not stay in it,” Ali Akbar Velayati, foreign policy adviser to supreme leader Ayatollah Ali Khamenei, was quoted as saying by the state television website.

As Iran’s all-powerful leader, Khamenei has the final word on all policy matters, foreign and domestic, including on the nuclear deal.

Iran’s foreign minister, Mohammad Javad Zarif, also issued a warning to the United States on Thursday in an English-language video posted on YouTube.

“If the US continues to violate the agreement, or if it withdraws altogether, we will exercise our right to respond in a manner of our choosing,” said Zarif.

“The US has consistently violated the agreement, especially by bullying others from doing business with Iran,” he said.

“In the last year or so, we’ve been told that President Trump is unhappy with the deal, and it now appears that the response from some Europeans has been to offer the United States more concessions, from our pocket,” said Iran’s top diplomat.

“This appeasement entails promises of a new deal that would include matters we all decided to exclude at the outset of our negotiations, including Iran’s defensive capabilities and regional influence.”

Zarif was responding to Britain, France and Germany who said on Sunday that the nuclear agreement left out some “important elements”.

These included what happens when the current deal expires in 2025, Iran’s ballistic missile programme and its “destabilising regional activity”, they said in a statement.

The three European countries that signed the deal have repeatedly tried to persuade Trump not to abandon it.

French President Emmanuel Macron on Wednesday reiterated his commitment to the accord but admitted that it needed strengthening.

“I don’t know what the US president will decide on May 12,” Macron said during a visit to Sydney.

The Islamic republic has always denied it sought a nuclear weapon, insisting its atomic programme was for civilian purposes.

Velayati warned against any move to try to renegotiate the 2015 deal.

“Iran accepts the nuclear agreement as it has been prepared and will not accept adding or removing anything,” he said.

“Even if countries allied with the United States, especially the Europeans, seek to revise the nuclear agreement… one of our options will be withdrawing from the accord,” Velayati added.