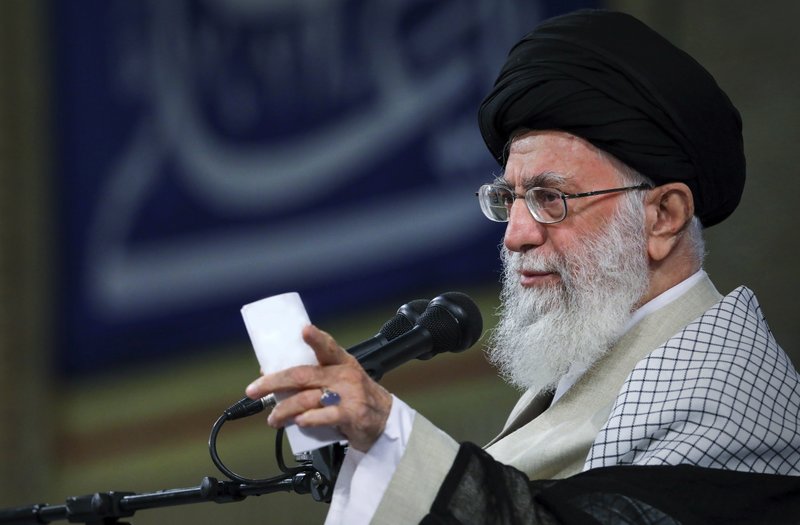 TEHRAN: Iran’s supreme leader has sought to clarify his position on Israel after being accused of threatening its destruction.

Ayatollah Ali Khamenei was quoted by the official IRNA news agency late Sunday as saying the Mideast conflict should be resolved through a popular referendum among “all real Palestinians, including Muslims, Jews and Christians” who trace their roots back to before the creation of Israel.

That would seem to include the Palestinians as well as the small community of Jews who lived in the Holy Land before the mass immigration of Jews in the 20th century and the creation of Israel in 1948. Khamenei did not address the fate of the vast majority of Jewish Israelis, who claim biblical roots to the land but whose immediate ancestors arrived in the last century.

Khamenei and other senior Iranian officials have repeatedly called for Israel’s demise, while saying Iran would only attack it in self-defense and bears no hostility toward Jews as a religious community.

Earlier this month, a tweet posted on Khamenei’s official Twitter account said Iran’s “stance against Israel is the same stance we have always taken. #Israel is a malignant cancerous tumor in the West Asian region that has to be removed and eradicated: it is possible and it will happen.” The account is run by Khamenei’s office and it’s not known if he dictates the tweets himself. The quote was from several years ago.

Israeli Prime Minister Benjamin Netanyahu was asked about the tweet at a press conference with German Chancellor Angela Merkel the following day.

“Iran calls for our destruction, but it’s also seeking nuclear weapons to carry out its genocidal design,” said Netanyahu, who was visiting Europe to press for the further dismantling of the Iranian nuclear deal after the U.S. pulled out.

Merkel also condemned the tweet, while insisting the nuclear agreement was the best way to keep Iran from developing atomic weapons.

Khamenei, in his remarks on Sunday, called Netanyahu a “criminal” who had “lied” to European leaders by saying that Iran wanted to annihilate Jews.

Iran is home to the largest Jewish community in the Middle East outside of Israel, and has a number of synagogues and popular shrines. The Jewish community has a representative in Iran’s parliament.