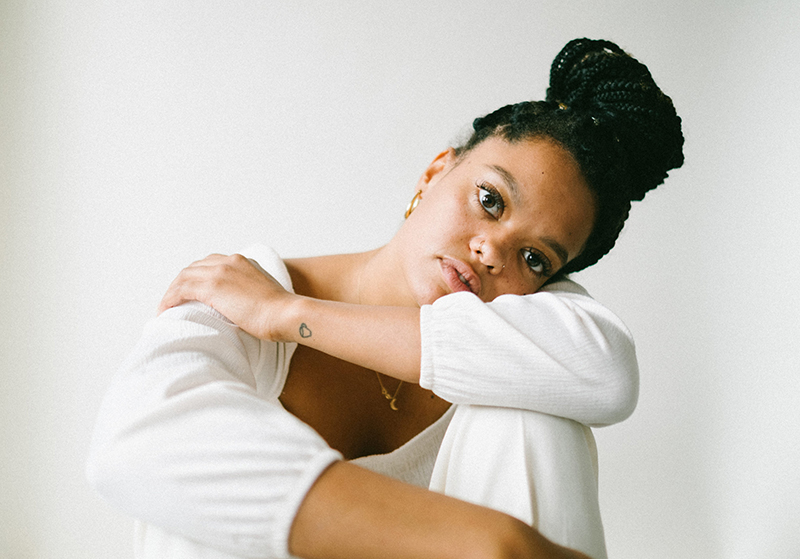 IRELAND: R&B singer Shiv has a degree in psychology from UCD. It is evident in the cerebral alt.soul music she makes, and also in the way she talks about life and the world.

“Psychology is a very good base for life,” she says as we speak via Zoom from her apartment in Paris. “I feel it should be included in the curriculum. It is very much a thing that has shaped my interactions and my relationships – with myself, and with other people.

“I feel like I understand why I do things a little bit more because of psychology. I would be more self-aware, and understand other people and their intentions more.

“The mind has always been something that has really intrigued me. I’m very much a person that is quite empathic. I like to be compassionate towards people. I think psychology was a means to find that compassion.”

These are not just words. She is putting her beliefs into action by playing the Artists Against Homelessness concert in aid of Focus Ireland at the Olympia on April 17.

“It’s incredibly disheartening that  there are over 8,000 homeless people in Ireland – a quarter of them children – while over 200,000 houses remain vacant. It’s tragic that this is the case.

“But it is the case everywhere. It reflects our capitalist society which puts money over human rights. It doesn’t make sense that we are born on this planet and a literal necessity – like a home – is inaccessible to some people.”

Born 26 years ago in Mutare, Zimbabwe, Shiv moved to Kildare with her parents and her sister Chiedza when she was five.

“When we first moved to Ireland,” she has said in the past, “we didn’t have a car for a while. Our town was small. So we used to walk everywhere. My mum would teach my sister and me songs, and she would harmonise as we walked around.

“It is a big part of Zimbabwean culture to pass down songs,” she says now. “There are funeral songs. There are wedding songs. There are songs you just sing. There’s a verbal tradition. My sister and I and our mother would always sing together.”

Her father was also an avid music fan. “He informed my taste. He introduced me  to a wide array of musical genres.”

This included everyone from Pink Floyd, Daft Punk and Sisters with Voices, to Zimbabwean musicians like Oliver Mtukudzi and Thomas Mapfumo.

When did she start singing? “I’ve been singing ever since I can remember.”

As a child growing up in Kildare, Shiv listened and sang along to Beyoncé, Alicia Keyes and Lauryn Hill of The Fugees. When she became a boarder at Kilkenny College, she sang in the choir. Mr Millen, her music teacher, was an inspiration, she says.

“He really supported me and was really open to my connection with music and what he felt I needed to learn.”

She would later go on to study psychology. When she graduated from UCD in 2017, the plan was to have a career in educational psychology. But a year later that plan went out the window. It started when she was maid of honour at her sister’s wedding in Kildare. Terrified of public speaking, she wrote and sang a song, ‘Unfolding’.

“I was trying to find a way to honour her wedding, but not to have to make a speech in front of loads of people.”

The video was posted on YouTube and generated such interest and attention that she was approached by people in music management in Dublin. She decided to give up her career of the mind for the possibility of one of the soul – music.

Still, she was anxious at first.

“I couldn’t see how it was going to happen, because my singing experience had been in school. I thought singing in the music business was something that only 0.5pc of people would have an opportunity to dip a toe into. It didn’t seem like something that was for me – especially in Ireland. I’d never really seen anyone else like me doing it.”

How did she achieve it?

In 2019, she took off to Mozambique for six weeks. “My dad worked for the Irish Embassy there. He suggested I take some time to write songs.”

During  that time in East Africa with her parents, she wrote ‘Here’, ‘Golden’, ‘Over’ and ‘Hold Me’.

“A lot of my songs are about relationships. ‘Here’ is about my relationship with a family member. ‘Hold Me’ is about my parents. ‘Golden’ is an environmentally inspired one, because when I started writing it, it was a golden hour and I could see the sun set.”

That October, she released the first of those songs as a single. Her debut EP ‘Me 2 Me’ followed the next year. On one of the tracks, ‘Again’, she sings: “I’ve come so far from underage drinking in the back of someone’s car/ Now I’m over-age drinking a magnum I bought from Spar.”

Hot Press wrote: “She really is a bit special. Expect big things of her in 2021.”

Last year, she moved to Paris. In October, she released ‘Golden’. It came from her second EP ‘The Love Interlude’, an exploration of the complexities of love, set to lo-fi hip-hop and beguiling neo-soul. District Magazine wrote that the song “has the kind of conceptual depth that’s often reserved for far more seasoned artists.”

There was something even deeper at play on that EP too.

“I started to realise what my subconscious mind was trying to tell me. I had been thinking a lot about love and relationships. Love is often expressed to us as something that is perfect and lovely and has no issues.

“In our modern age, people are a little bit disposable. If you don’t like someone you can go on an app and swipe through to a hundred more. A lot of people my age – myself included – often feel like: ‘Oh, if someone isn’t checking every single box, there is definitely going to be someone else who will check every single box.’

“What about all the boxes that you potentially aren’t ticking for the other person? Does the good outweigh the bad? If these boxes aren’t being ticked, is there still love there that is worth putting up with the things that you don’t necessarily agree with?”

Shiv has the guts of her debut album written.

“It is about my experiences growing up mixed-race in Ireland,” she explains. “I’m just trying to say that in the best way possible, because often I feel like maybe it can be framed a certain way. I know what I want to say. I know how I want to say it. I want to be able to control that narrative.

If I was interviewing Bono, I say, I wouldn’t ask him about being white…

“That’s the thing. I appreciate it as well. It’s important to have conversations like this. And I feel the conversation never moves if people don’t feel comfortable to express those things, but at the same time it’s frustrating for ‘that’ to be my thing. I’m way more than just a black person.”

Where does Shiv see herself in five years’ time? At her own wedding with her sister singing to her? She laughs.

“I would like to be in a house that’s my own. I’d love to be, potentially, married and have a baby. I’d love to be like the breadwinner. I’d love to be supporting whoever my husband ends up being. I’d love to have a lovely old studio out the back, making music all day. The magic is in the creativity.”