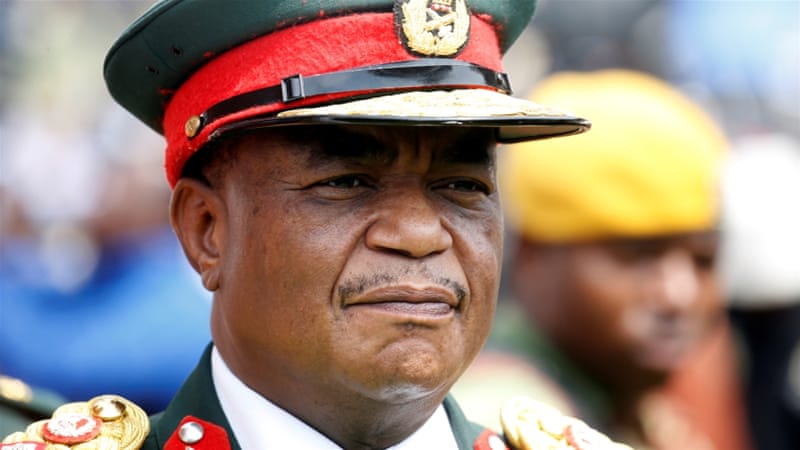 THERE are roughly two months to go until Zimbabwe holds general and presidential elections, and for the first time, without the participation of former President Robert Mugabe, the longtime leader who resigned in dramatic circumstances on November 21. Very little has changed under the new administration on the economic, social and political fronts. The principal beneficiary of the post-November order seems to be the increasingly influential military complex, led by former Zimbabwe Defence Forces (ZDF) commander-in-chief, and now powerful vice president and retired general, Constantino Chiwenga.

Millions of Zimbabweans celebrated the departure of Mugabe from the political scene after an often despotic and barely lawful 37-year rule that ended with economic and social malaise – and reportedly three million people living in exile, mainly in South Africa and the UK. But Zimbabwe’s new president, Emmerson Mnangagwa, formerly an ally of the strongman, has struggled to move beyond the much publicised rhetoric proclaiming “Zimbabwe is open for business” and implement substantial political reforms that may serve to attract much-needed financial investment from abroad, instil consumer confidence throughout the economy and move the US to remove targeted economic and political sanctions that were renewed on March 2.

The current political environment in Zimbabwe is not as toxic as it was last year, under a 93-year-old leader who employed an aggressive approach to divergent views and labelled opponents to his rule “foreign agents” and economic saboteurs bent on causing mayhem. But the military complex, which comprises the army, ex-army officers and veterans from the 1970s war of independence, has begun to consolidate its power over civilian affairs by occupying positions across all branches of government and refusing to reform the executive infrastructure Mugabe abused for political ends ever since Zimbabwe was plunged into an economic quandary on November 14, 1997, a day known as “Black Friday”.

So where Mugabe ruled together with close and loyal party cadres and technocrats such as Sidney Sekeramayi, professor Jonathan Moyo, Saviour Kasukuwere and Ignatius Chombo, the Mnangagwa administration is embedded with soldiers and war veterans loyal to Chiwenga and, it increasingly appears, wholly dependent on the ideological ways of the past.

Despite the overseas charm offensive and friendlier approach to opposition politics at home – Mnangagwa paid a glowing tribute to Morgan Tsvangirai, the godfather of the modern opposition movement, when the latter lost a bruising battle to colon cancer on February 14 – nothing much has changed on the ground.

Mnangagwa has absolute control over the police and secret service and the authority to appoint the chief justice of the Supreme Court, the head of the Zimbabwe Electoral Commission, all ambassadors and diplomatic officers, the registrar-general, attorney general, prosecutor-general, security chiefs, cabinet ministers and permanent secretaries. This affords him sufficient resources to utilise politics of patronage – much to the detriment of the national economy and democracy reform. Also, he can draw political mileage from the electoral architecture that accommodated Mugabe extremely well for 37 years.  The Zimbabwe Broadcasting Corporation (ZBC) and Zimpapers, two large state-run media organisations that serve practically as trustworthy and effectual publicity machines for Zanu-PF electoral campaigns, are currently churning out pro-government and pro-ruling party reports, totally bereft of the slightest criticism, to a nationwide audience, on radio, TV and a broad range of provincial and national newspapers, such as the Herald, Chronicle and Manica Post, as well as through online platforms, such as Facebook and YouTube, while shunning any substantial news on the opposition MDC-T, save for unsavoury content about opposition splits, alleged dictatorial tendenciesand sheer incompetence.

Worryingly, the distinction between government and party business is often deliberately obfuscated for political profit, with government events functioning as party gatherings and campaign rallies. This highlights a profound sense of entitlement and coldness towards the separation of state and party that is reminiscent of the old order.

And, worse still, even though the fact that agriculture minister Shiri called for a halt to illegal land invasions, in a long-awaited sign the government intends to maximise agricultural production and minimise unwelcome, unproductive disturbances in the most crucial economic sector, Chiwenga’s wife, Mary, reportedly “grabbed” a 300-hectare government-run farm in Domboshava, a farming area located about 27km north of Harare. Additionally, according to Nehanda Radio, a UK-based news outlet, the flamboyant second lady was awarded a multimillion-dollar travel services contract by the government that never went to tender.

This questionable, but unsurprising, acquisition and dubious award, plus reports from international NGO Global Witness alleging that the military, under Chiwenga, was involved in the plunder of diamonds in the Chiadzwa mining area in Manicaland, together with the obviously profound reluctance to enact media, electoral and security sector reforms before the elections in July, suggests that the military complex only seeks to create an internationally acceptable impression of change for investment reasons, while concurrently creating a tightly controlled, watered-down version of democracy.

No doubt international investors, who wish to move beyond the Mugabe years quickly, would like to see strong and stable leadership and sound economic policies in place before they invest in the southern African nation; and the Mnangagwa-Chiwenga combo, laden with substantial experience in governance affairs, a deliberately capitalist outlook and brute military clout, amply provides that quintessential political illusion.

Should Zanu-PF win the harmonised elections, Chiwenga will be perfectly positioned to succeed Mnangagwa in 2023, and complete a pseudo-democratic power transfer to the benefit of the armed forces. Before the coup, Chiwenga made it clear that Zanu-PF, the state, and the army remain inseparable, when he said, “When it comes to matters of protecting our revolution, the military will not hesitate to step in.” When Chiwenga made this now famous statement of extrajudicial intent, which allegedly justified the need for armed intervention, and inadvertently surmised how conservative and unstable Zimbabwe’s democracy really is, about 90 high-ranking ZDF officers backed their chief.

So the self-styled protectors of the “revolution” Chiwenga referred to could always resurface, if a political party like the MDC-T, led by 40-year-old Nelson Chamisa, wins the presidential elections later this year. The army made similar threats in 2002, before a hotly contested presidential election, as well as in the run-up to the disputed and violent 2008 elections, which were held amid shocking economic conditions.

Which is why, until comprehensive electoral, media and security sector reforms are enacted and followed to the letter of the law by state actors, and voters can enjoy the benefits of an unhindered democracy and partake in truthfully free and fair elections, Zimbabwe will continue to face the risk of becoming the Southern African version of President Abdel Fattah el-Sisi’s Egypt: a modern dictatorship wrought with repressed freedoms, political instability and never-ending destitution.

This article is taken from ALJAZEERA.