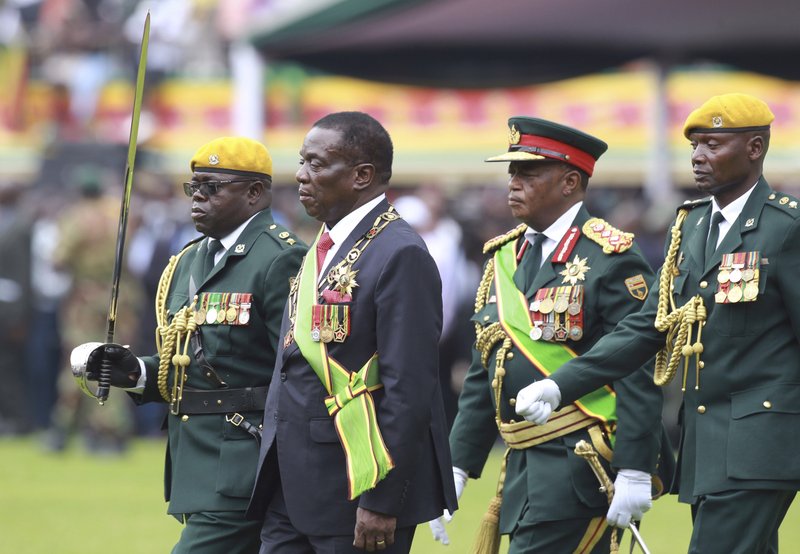 MORE than a week ago the former head of Zimbabwe’s feared spying agency, the Central Intelligence Organisation, made the groundbreaking admission that the organisation held a 50% stake in a diamond company.

This was closely followed on Tuesday by the announcement that the parliamentary committee to which this revelation was made also plans to call former president Robert Mugabe for questioning. This raises a glimmer of hope that the search for answers about missing diamond money may go right to the top.

This disclosure is a rare act of candour in the murky world of Marange diamonds. However, while the CIO may be coming clean on their role in the diamond industry, there has been notable silence surrounding the role of another branch of the security forces, that of the army.

Global Witness has long probed the relationship between the security forces and diamonds, given the potential impact on Zimbabwe’s human rights record and democratic functioning.

Alongside the CIO connection, we set out in our 2017 investigation extensive evidence that the military were also a major beneficiary of Marange diamonds. The military’s power in Zimbabwe has been made highly visible in recent months through their role in the “soft coup” that saw Mugabe ousted and the installation of Emmerson Mnangagwa.

In a further sign of the immense political power the defence forces wield, the new cabinet includes Perence Shiri and Sibusiso Moyo both formerly senior security force figures, while new Vice-President Constantino Chiwenga, retired as Commander of the Defence Forces to take up his post.

While some light is now being shed on the diamond industry through the current parliamentary enquiry, some groups still seem untouchable.

Our investigation revealed strong evidence of a link between Marange diamonds and the CIO through a mining company called Kusena Diamonds, contradicting official statements by the Zimbabwe Mining Development Corporation (ZMDC) that Kusena was their 100% subsidiary.

The disclosure in parliament by the CIO’s ex-Director General confirms our allegations. This raises the question of what else this enquiry may unearth about the diamond industry’s secret puppet masters.

The CIO are far from being the only culprits in this story. The ZMDC made false statements about Kusena’s ownership, aiding the CIO in concealing their interest in the diamond industry.

The CIO is a notorious instrument of oppression in Zimbabwe. Its vast network of agents and informers have been a driving force in keeping the ruling party in power by monitoring the activities of anyone critical of the government and perpetrating widespread human rights abuses along the way.

ZMDC is the body mandated through an Act of Parliament to represent the Zimbabwean state in the mining sector and, as such, the interests of the Zimbabwean people.

For the ZMDC to be used as a shield for the CIO’s economic interests is an alarming indication of how state bodies in Zimbabwe may be misused to hide and protect the powerful. It also raises the question of what additional methods the CIO and other branches of the security forces may use to conceal their economic interests and where they may lie.

Apparently, representatives from the Defence Forces defied a summons to attend the parliamentary hearing earlier this week. Whether they will submit to any questioning at all remains to be seen. President Mnangagwa has been trumpeting anti-corruption and a new era of economic recovery since his inauguration.

A public explanation by the army of their interests in the diamond mining industry would be a sign that these moves are serious and indiscriminate.

At the same time, Zimbabwe’s former president Mugabe may have much to share on some of the more mysterious aspects of Zimbabwe’s diamond sector. Given the army’s role in his removal from power he may also be motivated to do so. Only time will tell.