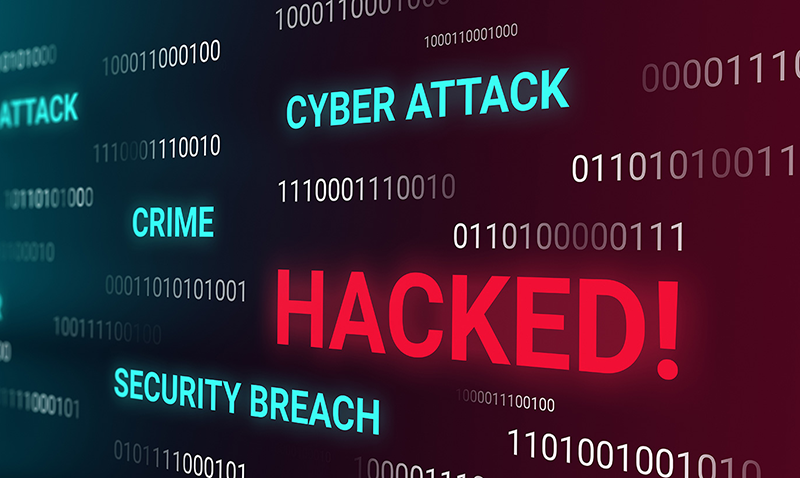 Computers were first integral to an act of war with the Stuxnet attack in 2010 and since then have been used to disrupt governments and their militaries the world over. The tensions between the USA and Russia, China, and North Korea are well documented, but cyberattacks aren’t confined to these conflicts.

What is the state of cyber warfare in 2022? How has the recent Russian invasion of Ukraine changed the role of computers in war? What’s Zimbabwe’s role in the situation? Let’s explore.

In the lead-up to and following the Russian invasion of Ukraine, there was an increase in cyber-attacks. For example, in January 2022, 90 government agency websites in Ukraine were attacked and the Canadian Foreign Ministry was hacked when the government spoke out against Russian aggression.

In fact, at least 19 acts of cyber warfare within the context of Russia and Ukraine have been carried out this year up to June 2022. Reports from the Centre for Strategic and International Studies also cover numerous attacks involving North Korea and China.

It can be hard to hold governments accountable in the era of modern hacking. Hacktivist groups such as Anonymous declared war on Russia and have been targeting both governments and businesses supporting the Putin regime.

Attacks come in a range of guises, such as ransomware aimed at causing financial damage to businesses involved in the war, malware disrupting data and communications, and distributed denial of service (DDoS) attacks that take down whole sites for a period of time.

Hacking also happens and can lead to secret communications being released. Probably the most notable attack came from Edward Snowden in his notorious leak of National Security Advisor cables in 2013.

More recently, in February 2022 the UK Foreign and Commonwealth Office faced a “serious cyber security incident”. The details have been kept under wraps but it is a sign that there are few places that hackers won’t go in search of causing harm online.

The state of cyber-attacks in Zimbabwe

Zimbabwe doesn’t sit at the forefront of cybercrime but it’s not immune to the effects of online crime and online attacks.

Much of the cybercrimes in the country tend to be targeted at citizens rather than the government. In a report from the Reserve Bank of Zimbabwe, it was stated the most common online crimes in the country were phishing emails, fake websites selling fake goods, and attacks on mobile money platforms.

In one recent attack, a fake SMS was being sent to thousands in the country claiming to be from Coca-Cola. The message claimed that the recipient had won GBP990,000 for their work during the COVID-19 pandemic and aimed to harvest banking and security details.

A hacker defrauded university students by hacking the UZ database and contacting people waiting for accommodation. He pretended to allocate housing and took payments from the unwitting people when there was no room available for them.

These attacks are part of a wider issue affecting Zimbabweans. In 2021, the police said they believe that citizens fell victim to over $30 million of online Ponzi schemes.

The government has started to address the issue of cybercrime in general. The Cyber Security and Data Protection Bill was passed in September 2021. However, free speech and rights activists oppose many elements of the act.

The law focuses on areas such as personal use of the internet and sharing false or malicious information. It has been criticized for dealing with general cyber-attacks but not having any robust measures to deal with external threats and cyber warfare.

The Zimbabwe government may not be in the crosshairs of global hackers, but it isn’t impervious to attack. For example, in June 2020, government websites were brought down during national protests, bringing down 17 websites.

The effect of the Ukrainian war on Zimbabwe

Zimbabwe is treading a fine diplomatic line within the conflict, which could bring it under fire from citizen hackers. Anonymous, as we saw earlier, are working to attack nations and businesses that show support for Russia.

Even if the country avoids attacks now, there will be a long-term fall-out from the conflict. New malware and ransomware have been developed and are being deployed within the context of the war.

This technology won’t go away when the conflict is resolved; there is now more dangerous software in the world and it will likely find its way to Zimbabwe sooner or later.

Protecting yourself as a citizen from this heightened threat is imperative. Simple steps like keeping your phone and computer software up to date and using a VPN for Windows will keep a normal person’s online life safe and secure.