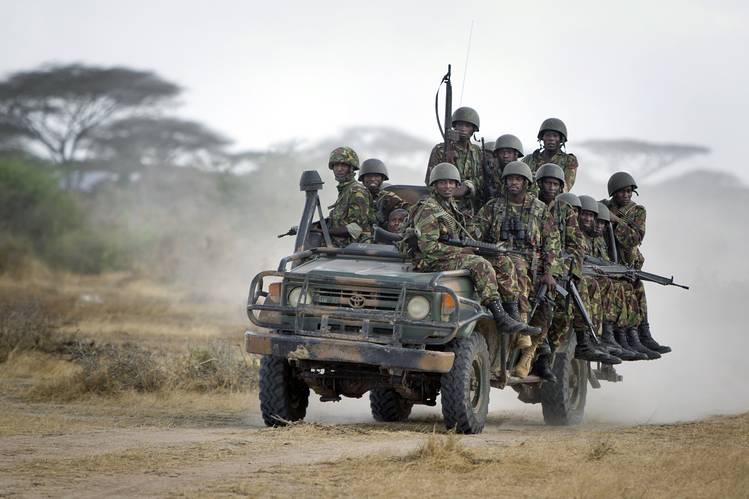 VILLAGERS in northern Mozambique have been under siege from alleged Muslim militants who have decapitated 23 civilians and burnt at least 230 houses in the past three weeks.

Thousands have now fled to the city of Pemba, the capital of Cabo Delgado Province.

The militants, who started the insurgency in October, are called al-Sunna or al-Shabaab and are believed to be behind the beheading of five villagers on Wednesday in the Quissanga district.

Yussuf Adam, contemporary history professor at Eduardo Mondlane University in Maputo, and one of three authors of a study by the African Centre for Strategic Studies released in March, said there were massive human rights violations on the side of both the militants and the Mozambican defence force fighting them.

He said the militants’ “actions have changed – first they were not killing people, but now they are doing that”.

“The state is reacting in the same manner – killing, flaying, burning and closing mosques.”

More than 70 civilians are reported to have been killed since the beginning of the insurgency eight months ago; 16 militants and three soldiers were also killed.

About 470 people – including 314 Mozambicans, 50 Tanzanians, three Ugandans, one Somali and more than 100 unidentified people allegedly linked to the militants – have been detained.

At the beginning of the insurgency, the militants mainly targeted Mozambique Defence Force units, police stations and state buildings.

But in the past three weeks, small bands consisting of about six men and women have been focusing on targeting civilians.

Although the Mozambican military says the insurgents are weakening because their groups have reduced in size, a study released last month in Maputo by academics Salvador Forquilha, João Pereira and Sheik Saide Habibe states that they are reducing the size of their units to reduce losses if they come under attack by the army.

Reports last week, confirmed by the government, stated that Democratic Republic of Congo forces were on the ground providing support to Mozambique. In January, Mozambique and neighbouring Tanzania signed a memorandum of understanding to collaborate in the fight against the militants.

Research suggests the militants either have ties to or are inspired by international terrorism, and holding similar aims and goals, such as “establishing an Islamic state following sharia law and eschewing the government’s secular education system”.

Mainstream imams contacted by the African Centre for Strategic Studies in two northern districts reported that one of the leaders of the insurgents was a Gambian by the name of Musa and the other was a Mozambican named Nuro Adremane, who is said to have received a scholarship to train in Somalia.

The group, researchers found, capitalises on local grievances against the government, which they use to drum up local support. Researchers state that the fundamentalist interpretation of Islam, which the militants espouse, reinforces an ideology introduced in the region in recent years, apparently by young men who received scholarships to study in Sudan, Saudi Arabia and other Gulf states.

Sheik Bakar, of the Islamic Council of the district of Montepuez, is cited by the African Centre for Strategic Studies as saying the group’s leaders were influenced by Mombasa-based imam Sheik Aboud Rogo, who was assassinated in 2012 after being placed on the US and UN sanctions list for allegedly supporting Somalia’s
al-Shabaab militants.

One of the group’s several names, Swahili Sunna, “suggests a goal of establishing a Swahili state among the Swahili-speaking populations”.

“The reference appears to harken back to an earlier period when a series of Swahili city-states dotted the east African coast from southern Somalia to Mozambique,” the research found.

Swahili is spoken in three African regions: the Great Lakes, east Africa and in southeast Africa, which includes Mozambique.

Adam said social and economic stresses in Cabo Delgado could be the reason the militants’ message of achieving justice through the establishment of an Islamic state has found resonance among huge segments of the youth in areas where there are high rates of unemployment.