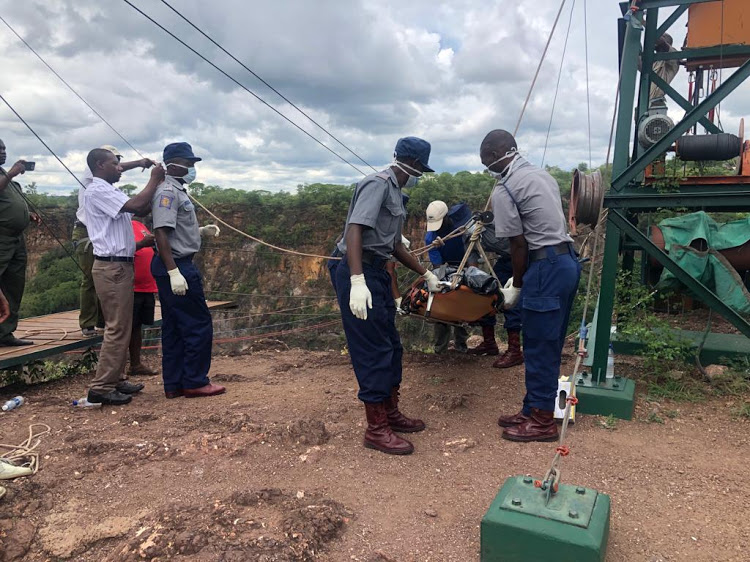 Victoria Falls: Police’s sub-aqua unit and rafting guides on Wednesday retrieved the body of an Israeli tourist who is suspected to have drowned in the Zambezi River while swimming in Victoria Falls.

The Jewish national has been identified as Offer Cohen, aged 34, who was in the country on a 30-day visit.

He becomes a second Israeli national to die in the Zambezi River following another of his compatriots who died at Rapid 24, some years back while on a rafting trip in Victoria Falls.

Another one collapsed and died at the Victoria Falls Airport almost two months ago.

Cohen reportedly drowned after attempting to swim in the mighty river under the Victoria Falls Bridge near Rapid Number 1 where water current is strong this time of the year.

Cohen had no life jacket and was without a trained guide.

He arrived in the country late last month and booked at a local lodge for a few days before checking out to stay with friends in one of the resort town’s leafy suburbs.

NewZimbabwe.com was told that Cohen left his friend Ralf Newbey Tathan’s home late Sunday afternoon going for a tour of the river whereupon he allegedly decided to swim in a prohibited area.

A report made to the police stated that Cohen: “drove in an X-Trail belonging to one of his friends on Sunday going to Zambezi River. While there, he walked down the gorges to take photos before deciding to swim.”

The report continued, “His friends noticed that he had not returned and looked for him on Monday. They again went on a search on Tuesday whereupon they saw his clothes on the edge of the river before spotting the body floating on water.”

Police sub aqua was called in from Bulawayo and retrieved the body with the help of rafting guides who helped by pedalling through the flooding river.

The rescuers, who descended down the River around 10am, pedalled to the body where they tied it to the raft using a rope and pulled it to the edge of the river at 12 noon.

They had wrapped it and strapped it onto a stretcher which was then airlifted to the top using a gorge swing.

A strong stench accompanied the body as it was already decomposing.

Water levels have been rising steadily since the start of the month resulting in rafting activities being suspended on the upper rapids. Rafting now starts from Rapid Number 9.

As a result of the high water levels, rescuers had a torrid time pedalling.

Rafting guides team leader Cephas Moyo said it was not easy convincing guides to set off to help peddle the sub-aqua team on the upper rapids knowing it was risky because of the strong current.