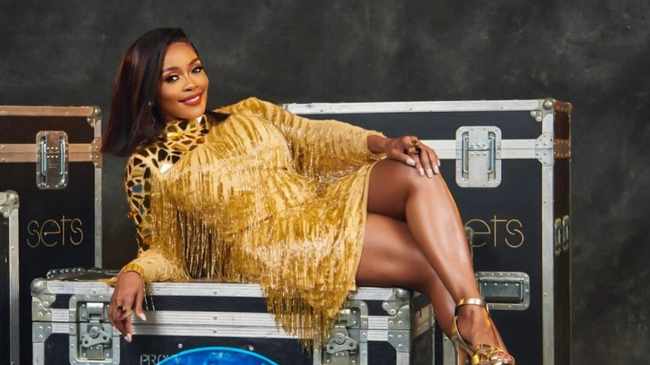 MUSICIAN and actress Thembi Seete says she had never imagined she would one day join the Idols SA judging panel describing her new gig as a ‘dream’.

Thembi Seete is a new addition to the Idols SA Season 18 judges together with rapper JR Bogopa.

The new judges joined the singing competition as replacements for Unathi Nkayi and Randall Abrahams who were sacked as Mzansi Magic revamped the show.

Thembi Seete once appeared as guest judge on Season 17 and received raving reviews from fans who complimented her constructive criticism.

In an Instagram post, the pop culture icon wrote: “It feels like a dream. It’s as if someone woke me up and said, don’t worry, you had a wild imagination”.

She added that although she was nervous she was excited by the new venture.

“I had the best time being a guest judge last year. I didn’t know it was preparing me for something bigger. I was just having fun and being myself and unaware that people are watching and studying every move. It feels good to be back permanently this time.”

“There are no words to describe the feeling. I am over the moon, excited and I still can’t believe I was chosen to be one of the judges. It still feels like a dream, like someone is going to wake me up.

“I never thought I’d get an opportunity like this, so I’m also very nervous because it’s a big show and it’s been doing well for many years. The numbers are great in viewership, the support is there, so I just hope and pray that God will give me the strength to do my best and to shine.”