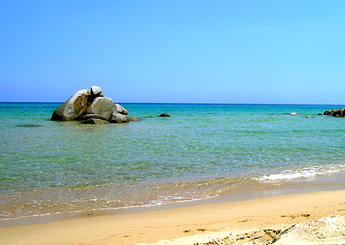 AN Italian couple wound up in hospital after getting stuck together while romping in the sea in the Marche region.
Zimbabweans are familiar with the problem which is, however, attributed to the use of traditional charms to entrap cheating spouses.
The local Il Matimmo newspaper reported that the amorous couple were making the most of a warm day, and a practically deserted beach, when they decided to take a dip in the ocean at Porto San Giorgio to express their love.
But their lovemaking came to an embarrassing end when the man was unable to extricate himself from the woman due to suction, the newspaper said.
They remained in the water until they caught the attention of a woman walking along the beach, who gave them a towel after they struggled back to the shore.
A doctor was called and they were taken to a hospital emergency room. There the woman was given an injection usually used to dilate the uterus of pregnant women, in order to untangle the couple.
This is not the first report to emerge this year of a couple getting stuck together while having sex.
In July, a couple in Zimbabwe were stuck together for seven hours, and were only unlocked with the help of the man’s father.
Earlier this year, firefighters in a city in central Spain were called to rescue a half-naked, 21-year-old woman who was suffering from shock and hypothermia after falling into a 15-metre deep waterwheel well shaft while having sex.Advertisement