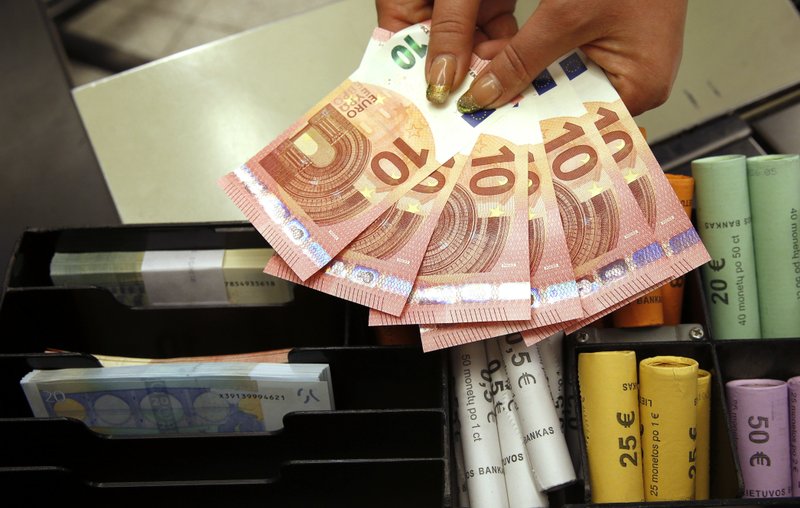 Economy Minister Giovanni Tria told Italy’s national Corriere della Sera newspaper in an interview published Sunday that the “position of the government is clear-cut and unanimous. No plan to exit from the euro is being discussed.”

Tria, an economics policy professor who was a last-minute choice for the Cabinet post, went further with his avowal that Italy’s footing in the 19-member shared currency union is firm.

“Not only do we not want to exit” the union of nations that use the euro as their official currency, but the government is determined to counter actions that would “put our presence in the euro up for discussion,” he said.

Tria, an economics policy professor, was a last-minute choice to replace the coalition’s preferred pick for the post

Italy’s president refused to approve the first economy minister proposed by the leaders of the 5-Star Movement and the League, a different economist who has advocated having a backup plan to abandon the euro.

President Sergio Mattarella cited fears that championing such a plan would further roil financial markets that were already jittery from the inconclusive March election and the prospect of a populist-led government.

The leaders of the two parties have promised to enact expensive campaign pledges. Luigi Di Maio, who leads the web-based 5-Star Movement, has pledged to give the unemployed and low-income Italians a guaranteed monthly income.

Matteo Salvini’s right-wing League has vowed to drastically slash tax rates for both Italian citizens and businesses. Both politicians, who are deputy premiers in the new government, want to undo parts of a recent pension reform so Italians can retire at younger ages.

They said they’d ask the European Union to allow more room to maneuver in terms of spending, a strategy that Di Maio reiterated Sunday.

The government plans “go to Europe to obtain margins of flexibility for investments and reforms, for example, tax reform,” Di Maio said on a state TV interview programme.

“I’m not saying we’ll ask Europe for all the money,” he said, adding that the initiatives would be partly financed by reducing public expenditures in other areas.

During his newspaper interview, Tria brushed off a question about whether the high-priced programs would push up the deficit.

“The government was just installed; it wouldn’t be serious to indicate numbers before a comprehensive review,” he said.

Tria promised that government spending, in any case, “will be all in line with the aim of continuing down the path of the reduction of the relation of debt to GDP.”

Di Maio and Salvini have argued that spending would be off-set by a boost in economic growth.

“The aim is growth and employment,” Tria said. “But we don’t aim to relaunch growth through deficit spending.”