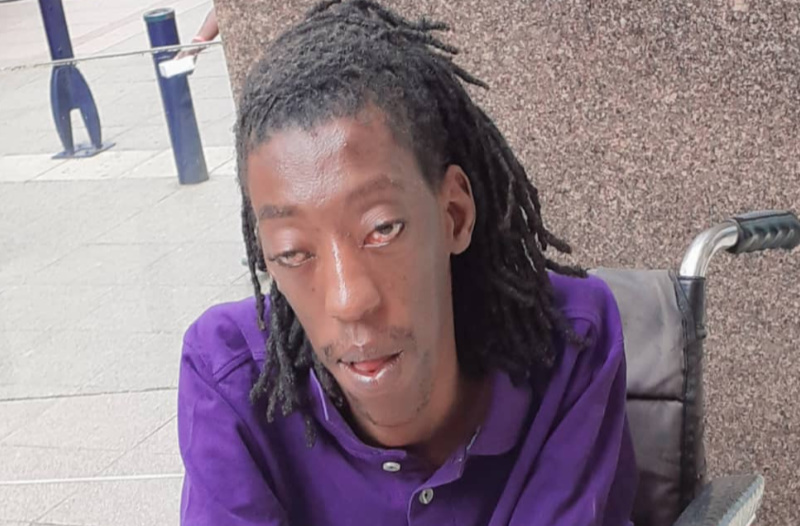 For a person with a disability (PWD), like any other, has that dream to live a life of dignity, where he/she is appreciated and the needs are looked into and addressed appropriately. There is that unending desire to live in a society that allows every human being to unleash the great potential within, unlike one that is a constant reminder of how much you are an outcast due to your difference.

The aftermath of the national lockdown that came into effect ever since the 30th of March 2020 welcomed members of vulnerable groups into a journey that would be characterised by callousness.

For many years PWDs have managed to keep going each day through the informal trading sector. Some as a result of vocational skills training, they ventured into this sector while some looked for employment but to no avail ended up resorting to selling a variety of goods so as to sustain themselves. Moreover, the idea of self sustainance became ideal as a way of empowerment unlike relying on hand outs which perpetuate the charity model.

Making it seem as if a PWD is someone who constantly needs a well wisher to pledge something. Despite their efforts to make a living, the economic landscape has not made things any easier. With a plethora of challenges befalling this marginalised community, the havoc caused by the pandemic has instead seen the government taking them on a wild roller coster journey to nowhere.

The President’s first address to the nation in regard to effecting a national lockdown included a raft of measures put in place during the 21 day period. Amongst these was the announcement of a Zwl $600 million covid-19 relief package to cushion the vulnerable which included persons with disabilities amongst these groups. This would help vulnerable households alleviate the resultant financial troubles and the allowance would be received through mobile phones from the department of social welfare.

Unfortunately, there was no mention of a specific package directly related to PWDs, instead everything was bundled up under the umbrella term of vulnerable. As a result it became ambiguous and non trasparent.

The funds were transferred through one money wallet under the NetOne telecommunications service provider. However due to the fact that the pandemic started spreading in the country when it was least expected, all measures  were abruptly put in place without proper consultations and engagements.

Those who received these funds had registered prior, in order to receive drought relief aid. A government programme rolled out in the past two years due to poor rainfall saw people in various residential areas receiving a bag of maize however later on, beneficiaries ended up sharing that bag of maize to ensure every member in the community benefits.

It is early this year that the programme was slightly changed and instead of a bag of maize, beneficiaries would receive money transferred into their mobile phones. As such there wasn’t proper registration for the vulnerable to receive Covid-19 cushioning allowances.

Instead, a small fraction of those who were already in the database received a sum of 180 RTGs  leaving the rest in the periphery as a forgotten tribe. A third national address revealed that government’s package had since quadrupled to a staggering Zwl 2.5 billion. Glittering and shiny as it maybe, its not gold. Having increased budget allocations, to date 5 weeks after the lockdown many PWDs in rural areas and various parts of the country still suffer and struggle in silence.

A step in the right direction to prepare and find ways to effectively combat the spread of the pandemic led to an Ad hoc ministerial taskforce committee being set up by the president on the 17th of March 2020. A number of ministries constituted this structure however the ministry of Public Service, Labour and Social Welfare wasn’t included, which happens to be a parent ministry for persons with disabilities.

This resulted in deliberate exclusion of PWDs in government led Covid-19 programmes including violation of the right to access information as enshrined in the country’s constitution under Section 22 subsection 3(c) which encourages use and development of forms of communication suitable for PWDs, as well the Declaration of Rights under Section 62.

In realising this gross misconduct, Disabled Persons organisations (DPOs) such as Centre for Disability and Development Trust, Deaf Zimbabwe Trust and Zimbabwe National League for the Blind sued the Zimbabwe broadcasting Corporation (ZBC) and government for failing to provide sign language interpretations on Covid 19 news and programmes aired on Tv as well as lack of braille material for awareness purposes to those with visual impairment. Once again revealing government’s total disregard for this community that stands at approximately 9% in the  country’s population.

Unprecedented levels of violation on one’s right to privacy have been witnessed. In as much as well wishers and members of the corporate fratenity have shown enormous solidarity to various vulnerable group including PWDs through providing food packages with basic commodities, for some it has been a moment ceased with unscrupulous tendencies.

Time and again, PWDs have shared personal information in relation to their full name, location, identification information as well as their nature of disability to people purporting to have the desire to assist only for them to disappear without a trace, leaving this community wondering what then happens to their personal and confidential details they have shared.

To some extent it has been caused by the fact that the department of social welfare does not have a database of PWDs across the nation which is properly disaggregated so as to foster effective, efficient and transparent resource mobilisation. Moreover, having such a database would minimise exploitation as such information can only be released to interested people by the relevant ministry, as well as making it easier to ensure accountability and conduct investigations where necessitated.

In as much as it doesn’t matter what direction we take, what counts is the steps taken to get where we aspire to be. Therefore, the steps taken in the midst of this global pandemic do not only set a new narrative but they hasten efforts to decisively put an end to this. To achieve, there is need to adopt holistic approaches which includes inclusivity.

According to WHO disability considerations on Covid 19 outbreak guidelines, actions for government include working with persons with disabilities and their representative agencies/organisations to rapidly identify fiscal and administrative measures. This therefore entails that they should be part of decision making processes not for issues to be decided on their behalf. A call is made to have PWDs in Covid 19 taskforce committees both at Provincial and National level. They will not only ensure that they aren’t left out but their skills and capabilities set a new trajectory.

Government to ensure that service providers including emergency responders such as the Rapid Response Team are trained on how to handle disability related issues, as stated by International Disability Alliance on inclusive Covid-19 response. This includes having someone amongst the rapid response team who can communicate in sign language, thereby eliminating all barriers to communication.

Decentralisation of Covid 19 Relief package to respective social welfare departments in provinces and districts. This will enable various DPOs to effectively engage with the department through provision of membership databases that respective organisations have. In as much as the government has resorted to using Netone lines to facilitate disbursement of individual allowances, that has hindered some members from benefitting as a large number of people use the Econet line as their service provider. Therefore there is need to ensure transfers are made regardless of which service provider one uses

The Ministry of Health and Child Care to ensure that the hotline that is currently available to get information or report if one suspects to be having Covid 19  symptoms, is user friendly for the deaf, through enabling the to send  messages free of charge and get assisted instantly.

Tsepand Nare is a disability activist.