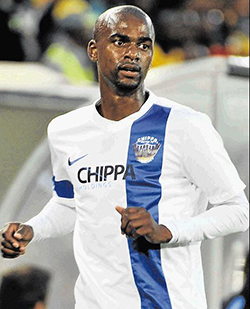 THE facts around the Zimbabwean football match-fixing scandal, which has spilled over into South Africa’s Premier Soccer League, grow murkier, with a crop of fresh allegations against local players.
But one told The Times: “It’s all lies.”
Former Zimbabwe Football Association CEO Henrietta Rushwaya, who was banned for her role in the Asiagate match-fixing scandal in 2012, has admitted to being at the centre of recent dealings with an Asian cartel, but claims she was acting to trap the fixers before reporting the matter to authorities.
The man who is said to have blown the whistle on the fixing scheme has told Zimbabwe’s Herald newspaper that this is not the case, because SA Football Association head of security Mlungisi Ncame collected evidence in Harare last Friday that is likely to be handed over to the Hawks.
The unnamed whistleblower claimed that Polokwane City goalkeeper George Chigova, teammate Lebogang Motumi, as well as the Bloemfontein Celtic duo of Patrick Tignyemb and Lantshene Phalane had all been targeted by the cartel.
University of Pretoria goalkeeper Washington Arubi was also allegedly paid to underperform, but, according to Rushwaya, helped to foil the cartel.
The whistleblower also claims former Chippa United defender Mbuyiselo Sambu, now assistant coach at the club, was paid to arrange for his side to perform poorly against Free State Stars on February 20 – although Chippa won that match 2-0.
Phalane dismissed the allegations as “rumours and lies”.
“I don’t really have any comment except to say that the allegations are absolutely not true,” he said.
“I don’t know where this comes from. Do we get these rumours because the team is not getting good results? It’s all lies.”
Phalane would have been an odd choice for match-fixers to target as he last started a match in November before getting a run against Orlando Pirates on February 27 and had next to no influence on the outcome of the game.
The PSL has largely remained silent on the subject as Safa takes up the reins of investigating the allegations, but did offer this statement: “The league takes any issue that impacts on the integrity of our competitions and business very seriously. At the moment we cannot say more than that as we do not have sufficient information to be able to comment on this matter.”Advertisement