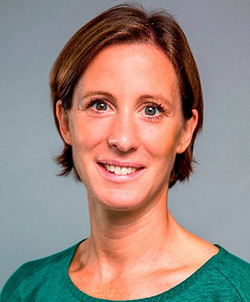 THE Swedish Embassy in Zimbabwe last Thursday launched a climate exhibition featuring five Swedish satirical cartoonists titled ‘Facing the Climate’ in an effort to encourage debate and offer fresh perspectives on the issue of climate change.
The Embassy said climate change was threatening the environment and causing natural disasters which were forcing people to flee their homes, a development which called for ambitious climate, energy and environment policies.
“Sweden is known as a country that takes environmental issues and sustainability seriously. But taking something seriously doesn’t necessarily mean viewing it without humour.
“In this exhibition, satire and humour are combined with a genuinely felt appeal for a more responsible attitude towards the climate issue,” the Embassy said in a write-up.
The exhibition features work from Magnus Bard, a part-time political newspaper cartoonist and part-time illustrator of books and magazines, Helena Lindholm, who does newspaper illustrations.
There is also Love Antell, an illustrator and musician who also does drawings for books and periodicals as well as Riber Hansson, who does concept drawings and free art and Karin Sunvisson, an editorial illustrator, graphic designer and printed graphic artist.
Speaking at the launch ceremony, Swedish Ambassador to Zimbabwe, Sofia Calltorp, said the exhibition depicted Sweden’s sincere concern while offering amusing and alarming reflections on the world’s climate and environment issues.
“The opening of this exhibition also kicks off the Embassy of Sweden’s reinforced environment and climate change engagement in Zimbabwe,” she said.
The exhibition is displayed on the walls of the embassy building and according to Ambassador Calltorp, is meant to “remind us of the pressing climate and environmental challenges hanging over our heads”.Advertisement