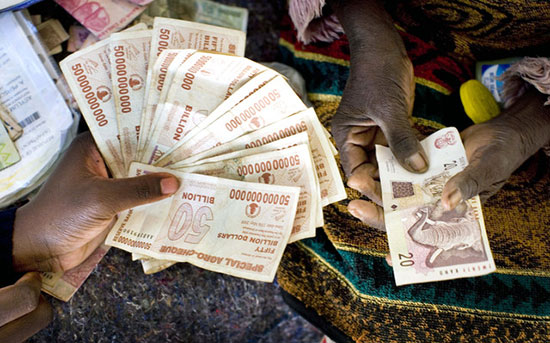 Against an ever deepening social crisis characterized by mass poverty, mass ignorance and an all-round collapse of social services, such chosen countries are apotheosized (idolized) through esoteric (obscure, abstract) markers like Ease of Doing Business, Transparency Index, Governance Index, FDI Index, etc, etc, all of which are orientated towards easy penetration of a country by prowling, predatory capital.
The paragraph above is an extract from one of the Herald’s weekly columns from a few weeks ago. To say I was shocked after reading this paragraph is quite an understatement. If confirmation was ever needed as to the general cluelessness of the current Zanu PF-led government; that statement right there sums it up perfectly. This exposes one of the fallacies of our colonially set up education system in Zimbabwe; we think using big words and having great oratory skill, speaking English better that than the English themselves, will somehow hide our ignorance.
Just look at our global ranking for the main indicators – Ease of doing business (171 out of 175), Corruption Perceptions Index (156 out of 175), Freedom of Press (161 out of 195), Ease of Paying Tax (142 out of 189), Global Competitiveness Report (131 out of 148), Global Enabling Trade Report (133 out of 148), Index of Economic Freedom (176 out of 178), International Logistics Performance (137 out of 160), Inward FDI Potential (141 out of 141), KOF Index of Globalization (111 out of 187), Management Index (116 out of 129), Network Readiness Index (113 out of 145), Open Budget Index (75 out of 100), Status Index (108 out of 129), Credit Rating (we have none).
Cognizance of the fact that these indices are directly linked to investment seems to be non-existent in the Zanu PF government. If Zanu PF is baffled by this very basic facet of economics for dummies, then God help us. How are they expected to find solutions to complex problems which arise in running a national economy? Just because Zanu PF used a thumb-suck approach to draft ZimAsset (Zimbabwe Agenda for Sustained Suffering and Employment Termination), randomly plucking figures from the air to write this wish list, they should not assume that the outside world is equally intellectually challenged.
This wanton idiocy explains why most in Zanu PF probably genuinely believe that sanctions are the root cause of our economic problems. In this installment I would like to pick up from where I left off my previous article, and tackle the issues we need to address to provide an enabling business environment for investors and financial lending institutions, both domestic and foreign.Advertisement