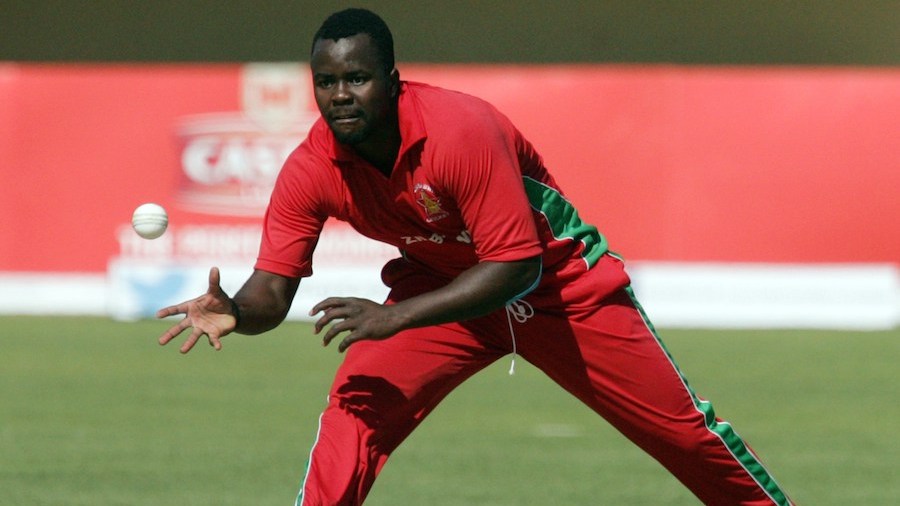 WHEN Zimbabwe came back from a five-year self-imposed Test exile to beat Bangladesh by 130 runs in August 2011 in a one-off game at the Harare Sports Club, supporters and neutrals alike started believing again that the hosts had turned a corner.

The victory was built around the exciting young talent of the new-ball pair of Kyle Jarvis and Brian Vitori, who took five wickets apiece to fire the team to victory. With a bit of luck, the two debutants could have even claimed five-wicket hauls – Vitori took 4 for 66 in the first innings and Jarvis had figures of 4 for 61 in the second.

Vitori’s stocks continued to rise after an impressive ODI debut against the same opposition, in which he took 5 for 30, followed by another five-fer in the second game. For a boy from Masvingo who was once considered too chubby to be a cricketer, let alone a fast bowler, it was a massive achievement to be mentioned in the same breath as South Africa’s Dale Steyn because of the similar, rapid start to their careers.

Within a period of two years, Vitori had not only managed to lose weight and be in shape to play for his Southern Rock franchise but had also jumped the queue ahead of many bowlers who were waiting in the wings to play for Zimbabwe. A career that had taken off like a house on fire, however, was doused due to indifferent form and a few injuries. He found out the hard way that in international cricket the margin for error is close to negligible. With technology, most bowlers can be worked around against, and how they adjust their game accordingly tends to determine the longevity of one’s international career.

The 28-year-old’s career took another twist for the worse when he was reported for a suspect bowling action during a T20 series against Bangladesh, just a couple of months before the 2016 World T20. He was subsequently suspended from bowling in international cricket after all variations of his deliveries exceeded the 15-degree limit permitted under ICC’s regulations.

Vitori has had to work hard for everything, from the days Monty Lynch – a former England cricketer and coach of Southern Rock franchise – told him that his body was more suited to that of a Sumo wrestler, not an international cricketer.

“I am one of those players who had to work hard for everything, people would tell me how talented I am and how much potential I had. I actually had to work hard to get the results out,” Vitori told Cricbuzz.

The left-armer was back playing international cricket again but his joy was short-lived as he was reported again for a suspect action during the tri-series final against Sri Lanka in November 2016. Another setback was met staunchly with more grit, determination and an eventual comeback.

“To be honest, it’s not easy when you work to fix something. It’s not like I had a lot of degrees to work over. My last suspension was one degree over. There was work to be done obviously and I worked my way back to where I am supposed to be. The results are now very good and everything is now promising again,” Vitori said.

“It’s such a tough period and normally people would give up saying maybe this is not working and let me try something else, but I still believed that I could pull through. Now what’s left is to continue to put in the work and keep the discipline. It’s a long road from here,” he added.

“It’s a good feeling to come back and play, especially after being out for a year. I have put in the hard work. Watching the other guys from the sidelines, you always want to come back to play and be part of the team,” Vitori added.

“They pretty much knew where exactly I was and the work I was doing. I was doing it with them most of the times. They told me what to do even when they were away on national duty. So I did put in the work with them and without them.”

If selected for Zimbabwe’s World Cup qualifiers opener against Nepal, Vitori will make his way back to the venue where his bowling action was called out when he last played for the national side at home. But there are no emotions at play for the 28-year-old.

“To be honest, it’s going to be another game for me, I play most of my cricket here anyway for my local Franchise. This is another game on my home ground, I have been playing here for the last few years. I don’t think it’s something I need to think about that I was called last on this very ground. I have put on a lot of good performance on the same ground.

“What happened in that particular game, happened. It is always a different game all the time. If I am selected, it is going to be me and the rest of the boys hitting the ground running, forgetting about the past and focusing on winning the tournament.”

The story of Vitori epitomises everything about Zimbabwe cricket – potential, inconsistency and the never-say-die attitude in the face of adversity.

Coach Heath Streak and the players will have to take leaf out of Vitori’s book of resilience, summon everything within them, and want it more than all the other World Cup aspirants to make it to the tournament proper in England next year.