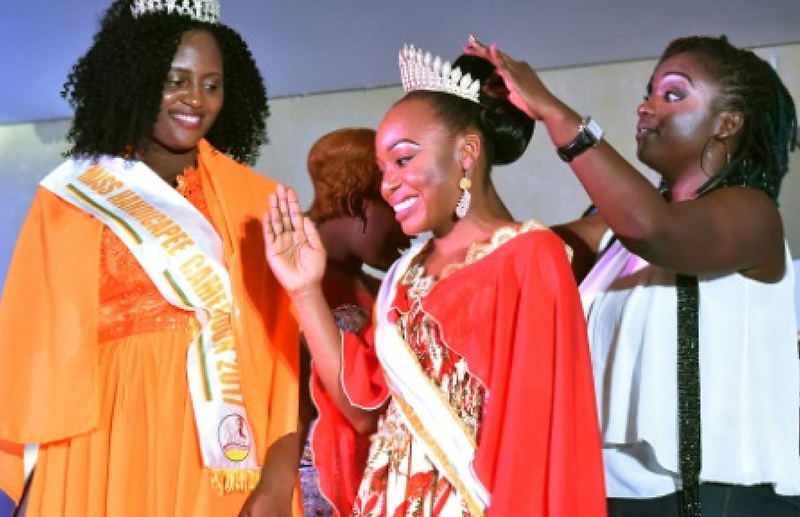 Cheered on by the audience, a young woman walks onstage in a glittering gown, beaming as she addresses the jury. But this is no ordinary beauty contest — all 10 contestants are disabled.

One partially sighted contestant is accompanied by a guide, another uses a crutch while a third sashays in wearing orthopaedic shoes, one with a 15-centimetre raised sole.

This is Miss Handicap 2018, Ivory Coast’s first beauty pageant for the disabled with the aim of offering “a new perspective on people with disability and another definition of beauty”.

For all of them, taking part in such a public event requires courage in a continent where people living with disabilities often face open discrimination.

“Through this contest, all girls with disabilities like me who have always just stayed in their own corner and who haven’t dared show themselves… will finally have the courage and the strength to come forward,” says the pageant winner, Loukou Getheme.

“The handicap is in your head, you have to brave the storm and everything will work out,” adds Getheme, a 25-year-old student who lost an arm in an accident when she was a child.

‘Shut up at home’

In Friday’s crowd is Victoire Yao, a masters student studying geography in the capital Yamoussoukro who whoops excitedly every time one of her friends takes to the stage.

“It’s really difficult in Africa. Our universities, for example, are just not built with the infrastructure to accommodate us,” says Yao, who was born with a severe spinal injury and has spent all of her life in a wheelchair, her head permanently tilted at an angle.

“And then there is the way people look at you. It’s complicated, even within our own families. Some reject us because we’re disabled,” she says.

“Me, I was lucky to have good parents.”

The pageant is one way to challenge such longstanding prejudices, she says.

“The contest allows us to show that despite our handicap, we are capable of appearing in public in front of people,” Yao told AFP, saying that “perhaps one day” she herself could participate.

One of the event’s organisers is Nuella, a 33-year-old singer born with a congenital deformity who cannot walk without pain, despite undergoing 36 operations.

“The beauty of the world is all about difference. We belong to a minority and we must make ourselves heard by the majority,” she said.

But her daily struggle with pain has not stopped her from winning two African talent shows — Star Karaoke in 2007 and Africa Star in 2010 — which transformed her into a celebrity.

Nuella complained of a lack of funding to help those with disabilities, who also must cope with social problems.

“The unknown frightens people. Many disabled people do not go to school and just remain shut up at home… These people are just left without any kind of education or training,” she said.

The situation is even worse in rural areas, where “women are thought to bring bad luck”.

Some 450,000 people are registered as having some form of disability in this West African country with a population of 24 million.

But the number is probably far higher as “many are not registered” as disabled at birth because their parents have “a sense of shame”, Nuella says.

The singer notes that only seven of 200 disabled people who sought “handicap kits” during a recent campaign were officially registered.

Ivory Coast is the second African nation after Cameroon to organise such contests, which are common in the West and help fight a double discrimination against women and the disabled.

Miss Handicap Cameroon 2018 Laura Tchokotcheu, who lost an arm at the age of 11, travelled to Abidjan for the event.

She calls for a Miss Handicap Africa contest to be organised as has been promised.

“We have to promote disabled women in Africa. Disabled women have been marginalised for so long, we have to change that,” the television presenter says.

Fashion designer Danielle Krea, who was in charge of the wardrobe for the contest, says that “despite her handicap, a handicapped woman is still beautiful and is still a woman.”

She adds: “The contest is an opportunity to show everyone that the disabled have not been left behind, are not on the sidelines of able-bodied people.”

“They are beautiful. Just as much as me,” she says.

“There is solidarity between them and us. The difference means nothing, it’s the beauty of the heart that counts, not physical beauty.

“Having a handicap does not mean you cannot succeed in life,” Sokouri insists.

“This competition will help to encourage women to make their dreams come true.”