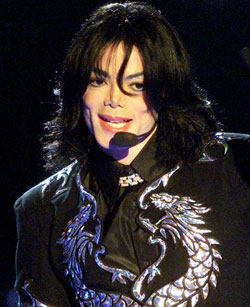 MICHAEL Jackson’s Neverland is set to be put up for sale by a company that became his managing partner on the property before his death.
The superstar had not lived at Neverland Ranch for years before he passed away, but still owned part of the estate with Colony Capital, whose deal saw them gain a greater share of equity for the property with every dollar invested into it.
According to Forbes, Michael’s estate are devastated at the idea of Neverland passing out of the family’s ownership, but Colony Capital have the right to sell it whenever they want.
A representative from Michael’s estate said: “We are frustrated, bitterly disappointed and saddened that it has come to this. Sadly, Michael lost control of Neverland during his life as a result of advice from a former manager.”
Before his death, Michael had been thinking about turning Neverland into a school for performing arts and since he died, it has been suggested that it could run as a fan attraction similar to Elvis Presley’s Graceland, although its location in Los Olivos, California, is difficult to access.
The estate representative continued: “The Estate explored numerous options, including a purchase.
“But financial, land use and zoning restrictions have made all of the proposed options prohibitive given our duty as Executors to be fiscally responsible in protecting and growing the assets of the Estate for Michael’s children.”Advertisement